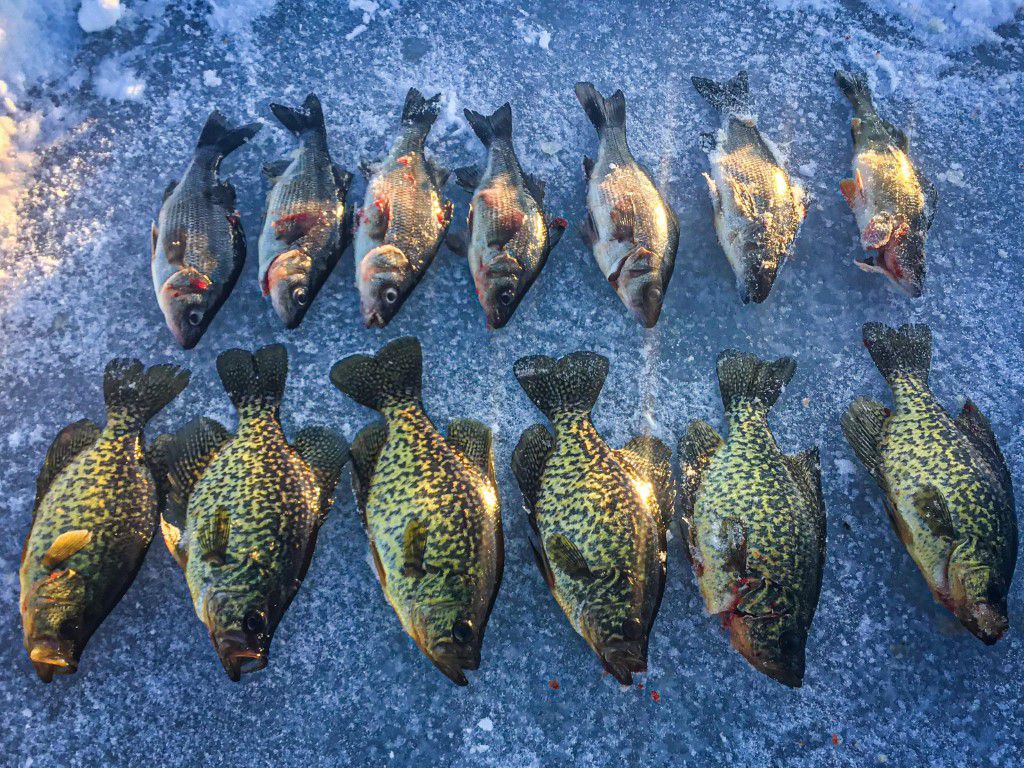 We’ve known for some time that there were black crappie in Clary Lake, they started showing up back in 2015 as a result of illegal stocking (see: 28 May 2015: A Black Crappie caught in Clary Lake). They’re clearly now firmly established and it’s not at all uncommon to catch them! Jack Holland sent me this picture of some black crappie and white perch that his son Joe Holland (of The Jefferson Scoop fame!) caught last week on Clary Lake.

IF&W Fisheries Biologist Jason Seiders was not particularly happy to hear that there were Black Crappie being caught in Clary Lake when I spoke to him about it a couple of years ago. His recommendation was that if you catch them, keep them! I can attest, they are good eating, and fun to catch.