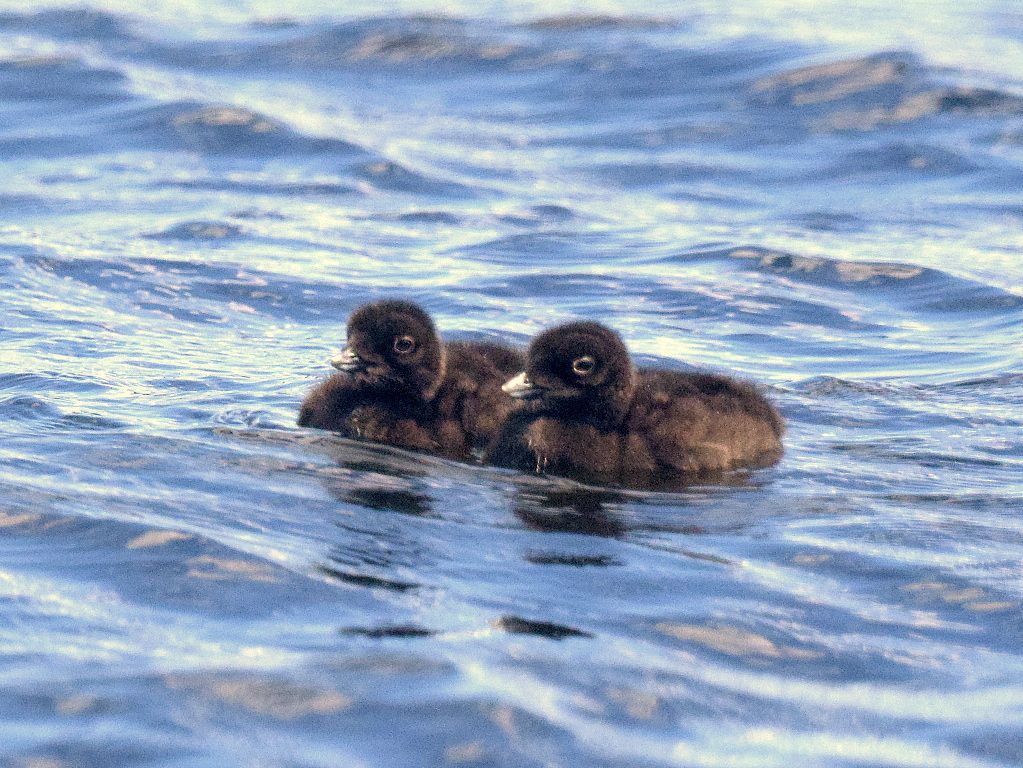 Arolyn Antognoni used to call the southwest corner of Clary Lake the “l0on nursery” as the loons seemed to hang out in this area a lot with their newly hatched chicks. For whatever reason once the loon chicks arrive, the loon family does in deed seem to spend a lot of time in this area. This includes the cove on the west shore by Ron Rollins property south around what we used to call the “Erskine Swamp” and along the Fergusson property over to Ward’s Point. Yesterday they spent the morning hanging out right off my shoreline, at times approaching within less than 50′ of where I had my camera set up and their antics feeding the babies afforded me some wonderful opportunities to record their behavior.

I’m a little (OK, a lot) late on this loon update. I started it back on the 4th of July when we had 2 loon chicks (above). By the next day we were down to one: it appears as has happened in the past, one loon chick out-competes the other for food and attention and ends up being killed by the more dominant chick, while the parents look on. Harsh yes, but the chances of the survival of the remaining chick are greatly increased. It doesn’t always happen, but if often does.

Last Saturday was the annual Audubon Loon Count which takes place from 7:00 AM to 7:30 AM on the third Saturday in July. Mary Gingrow-Shaw and her husband Ernie went counter clockwise around the lake in their boat while I in mine, accompanied by my wife Margaret, went the other direction. 4 loons in all were sighted including the one loon chick (picture at left) Both parents were down in the southwest end of the lake and a lone adult loon was spotted off of Hodsdon Lane, not too far from the State boat launch.

The next morning Tom Vigue called to tell me that a dead adult loon had washed up on his shoreline. He said he’d drop it off later, which he did. It is now in my freezer waiting pickup by an IF&W Wildlife Biologist. It will be sent off to Tufts University which has an ongoing loon mortality project (http://www.tufts.edu/vet/loons/). There have been reports of a loon hanging out at the east end of the lake for a few weeks, acting strangely. It is undoubtedly the 4th loon spotted during our count the previous day, the likely victim of a territorial squabble with the nesting loon pair, defending their territory. Life is hard. We had a dead loon turn up in roughly the same place back in 2012. You’ll find a write up about that event in the News from 2012 page (see entry for 13 July 2012). There was an interesting update about it in 2013 from our friends at Avian Haven.

That’s all for now.