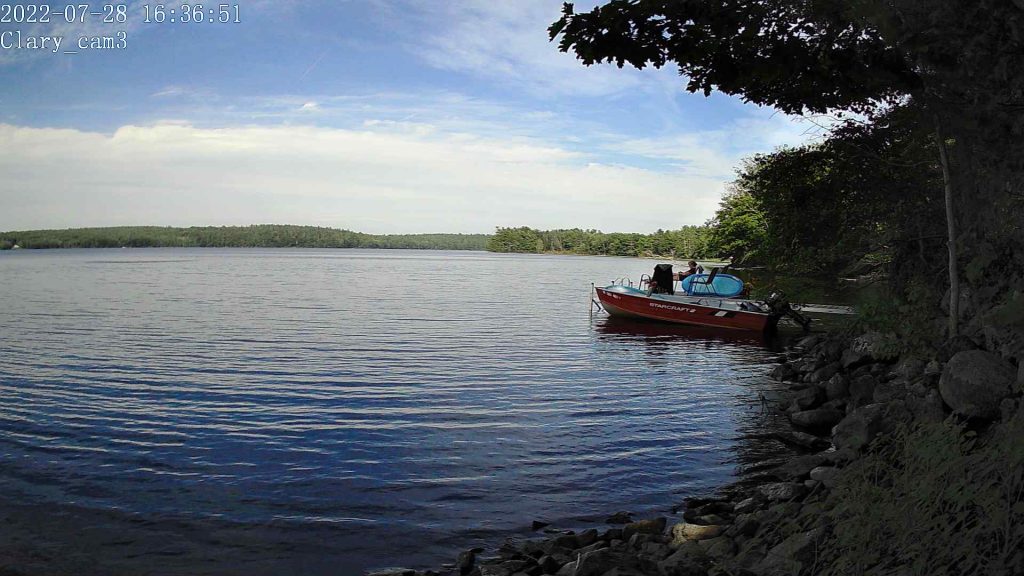 Well at least I sure hope they’re resolved! I’ve installed a new mesh wireless router system, a Netgear Orbi, and I have put Cams 1 & 3 back where they belong, and everything seems to be working fine. I now have, for the first time, excellent Wi-Fi coverage down on my dock which means the webcams which are located even closer to the house have significantly more reliable wireless connections too. I think the problems we’ve been having with Cams 1 & 3 have been due to barely sufficient (and occasionally insufficient) wireless connections. They’ve been operating just fine for the last 3 days sitting in a corner of my office right next to the router.

This is actually the 3rd router I’ve tried this month. My original Linksys router which worked fine for years started dropping it’s wireless connections and needed a periodic reboot to resume operations. Back at the beginning of July I replaced it with an Asus router which turned out to be junk. I returned that one and tried a higher-end Linksys router which I thought was working fine but IT TOO started dropping it’s wireless connections, also requiring a reboot and usually while I was on a Zoom call or streaming a movie. Hopefully this Orbi will finally do the trick. I’m tired of networking problems and ready to deal with some other kind of issue 🙂