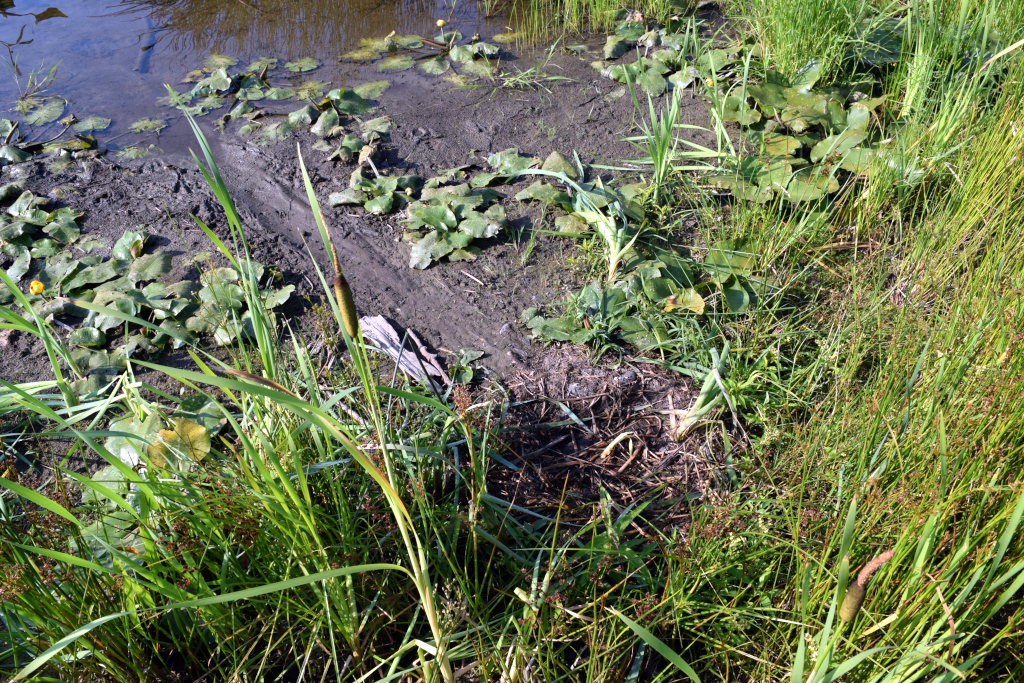 Yesterday afternoon I stopped to check on the loon nest and found it abandoned, with no evidence of any eggs. There was a loon floating nearby but it wasn’t fishing or tending babies, it was just sitting. Randy Wing was with me and he told me that he’d seen eggs in the nest the day before. I too had seen a loon sitting on the nest that day. I decided to check back in the morning. This morning I checked the nest and it was still abandoned with no loons in sight so I grabbed my camera walked around the edge of the cove to look for the nest. I found it without difficulty (picture, at left). I was surprised to see how far the water line had receded from where it was when we first started watching it, 30+ days ago. When first spotted, the water was right up to the edge of the nest and we were concerned about the possibility of flooding; this morning it was a good 6′ away from it- not obvious from our vantage point on shore due to foreshortening. Flooding turned out to not be a problem.

There were no signs of eggs and no signs of a struggle of any sort. There were a few dog or coyote tracks near by that might have been fresh but the site looked simply abandoned. I hunted around and soon found an egg shell fragment about 20′ from the nest back in the weeds and it was pretty obvious that the egg was rotten… I kept looking around and about 30′ away I found the second egg, in two pieces. It too was very much rotten. Being the passionate documentarian that I am, I carefully put the egg shells in my pocket so I could take them home to measure and photograph them. My shirt is now sitting in a bucket of soapy water with bleach. 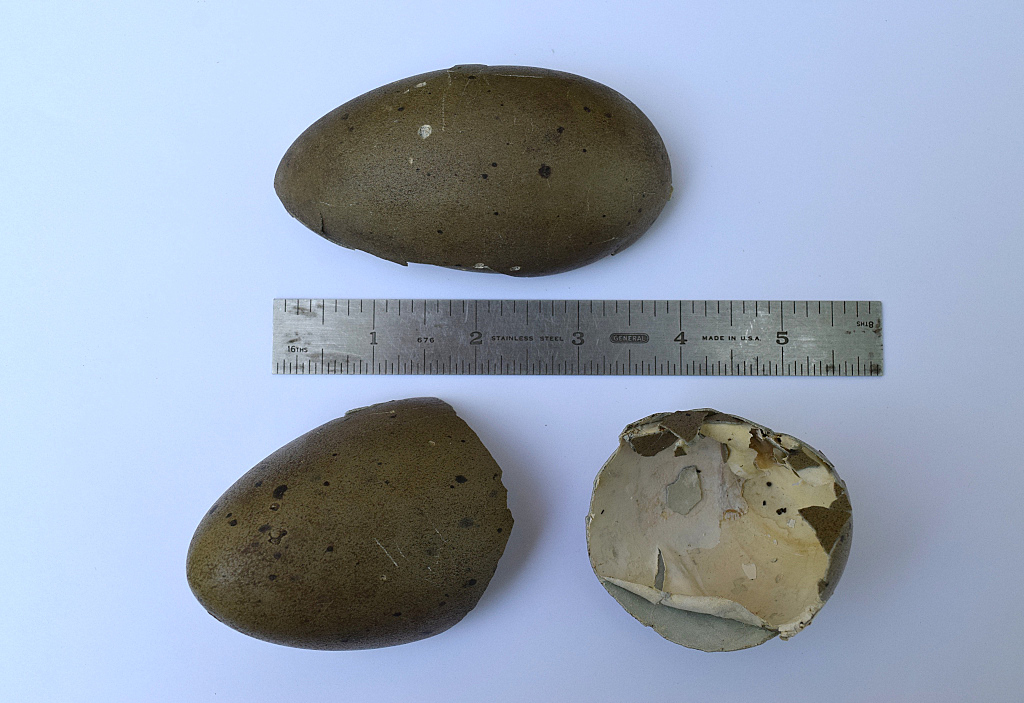 Sadly, it appears the eggs were never viable, and never had a chance of hatching. I surmise at some point the loons either suspected there was a problem with the eggs, knew that hatching was overdue, or perhaps one of the eggs even broke open which would have removed all doubt. In any case the birds abandoned the nest and some animal or bird, attracted by the smell, showed up made off with the eggs. There is no way the loons could have moved them that far from the nest into the weeds. The eggs had what looked like scratches and puncture marks possibly made by sharp teeth or talons.

A sad end to this saga. There are a few more pictures in the 2016 Loon Nest Gallery.