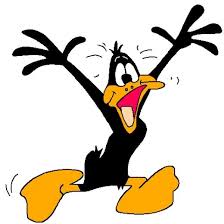 The Annual Meeting of the Clary Lake Association that was held last Saturday, August 7th was a fine meeting, but not all that well attended. Much to our chagrin, it turns out we did not have a quorum present, something that didn’t become apparent until a couple of days later when I was reviewing the attendance records. Oops! This means that the election of Officers and Board members and the Membership approval of our 2021/2022 budget were invalid, and will have to be redone. Our Bylaws define a quorum as 1/3 of the membership, and at any meeting of the Association, assuming a quorum is present, a simple majority can conduct Association business. We had at the time 143 members, 1/3 of which is 48. So we needed a quorum of 48 but we fell short of that mark with only 30 Members attending. While this isn’t the end of the world, it is an inconvenience that we will rectify by scheduling a Special Membership Meeting sometime next month and mailing out proxy ballots to all current Members of the Association. In the meantime, our bylaws provide for those people IN office to remain IN office until such time as their replacements are elected, so we’re not leaderless. Phew 🙂

Our bylaws also provide for the Board to fill vacancies temporarily by appointment. The two people that were to have been elected to the Board at Saturday’s meeting, Steve Cowles and Gareth Bowen, have been appointed to the Board until such time as a valid election can be held. In other words, the business of the Association continues uninterrupted.

We also voted on the 2021/2022 budget at the meeting and while we like to have the Membership discuss and vote on the budget, our bylaws clearly state that the Board has the authority to approve spending without Membership approval. In fact, since we didn’t have an Annual Meeting last year, the Board voted to approve the 2020/2021 budget. To keep things simple now, next year’s budget will NOT be included in the proxy ballot but will instead, again, be approved by the Board. C’est la vie. For what it’s worth, the 30 people attending last Saturday’s meeting approved the budget unanimously.

This is the first time I can remember not having a quorum at an Annual Membership Meeting. That said, we’re not concerned with WHY the turnout for Saturday’s meeting was low, it just was. It is a busy time of year, it was a perfect summer day, and clearly a lot of people had other, more important things to do. We understand. Nonetheless, we need to conduct business in accordance with our Bylaws and in the future will likely utilize proxies to assure a valid quorum is present at meetings. Our current Membership numbers (on par to equal or exceed last year’s record count of 161) clearly show that interest in becoming a Member of the Association is as high now as it’s ever been, which is a good thing because the Clary Lake Association has a lot of work to do and we need all the support we can get!

Stay tuned for an announcement of a Special Membership Meeting in the near future!