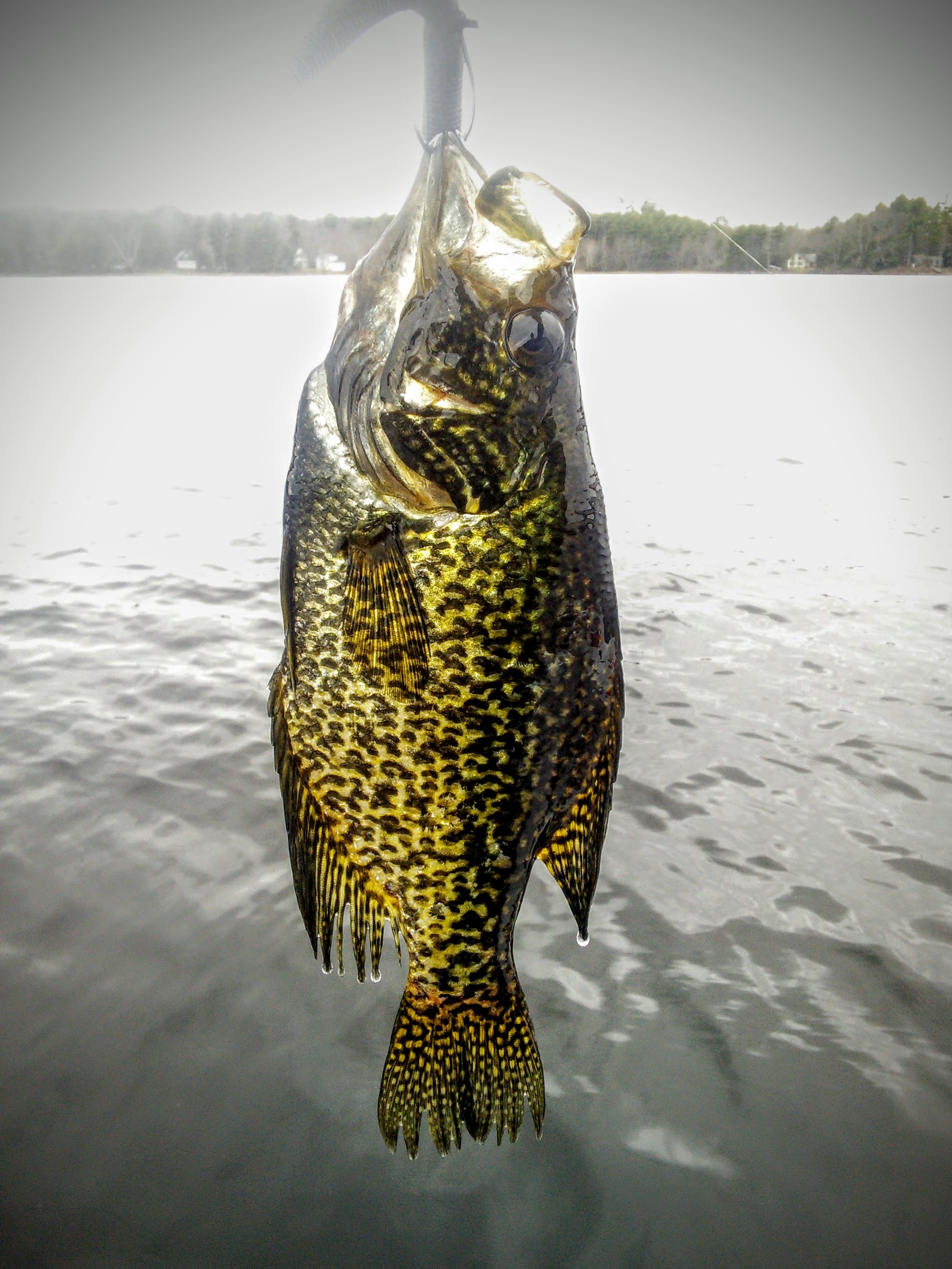 Well, we knew that. We’ve known for a while now that Black Crappies were being caught in Clary Lake, and I’ve written about before (see: 28 May 2015: A Black Crappie caught in Clary Lake) but I had not actually caught one myself until yesterday when I hooked this 11″ specimen. Unlike the bass that I catch, I kept this one and had it for dinner last night. It was not bad.

Black Crappie are firmly established in most waterways in other parts of the country, especially down south (in Louisiana they’re called “Sac-a-Lait”) and they are generally considered to be an excellent pan fish, good eating with firm white flesh. However, here in Maine they are considered an invasive species and they are not native to Clary Lake (for that matter, neither are large and small mouth bass which were introduced in the late 1960’s and early 1970’s). Apparently sometime in the last 10-15 years someone introduced them into Clary to “improve” the fishery. It’s clear from the size of this one that we’ve got a firmly established breeding population of Black Crappie in Clary Lake.

I sent a picture of the fish I caught to Jason Seiders, a fisheries biologist with the Department of Inland Fisheries and Wildlife and he responded that his staff will be conducting surveys of the Sheepscot River drainage this summer, focused mainly on assessing bass populations and confirming the presence of black crappie. Black Crappie are a very prolific fish and they can pretty much take over a water body. It is believed that they will likely affect Clary’s small mouth bass population the most.

Jason Seider’s final advice: don’t be afraid to keep all the Crappie you catch. For what it’s worth, I caught this one on a 6″ rubber worm but I expect you’ll be able to catch them on about anything you throw in the water.