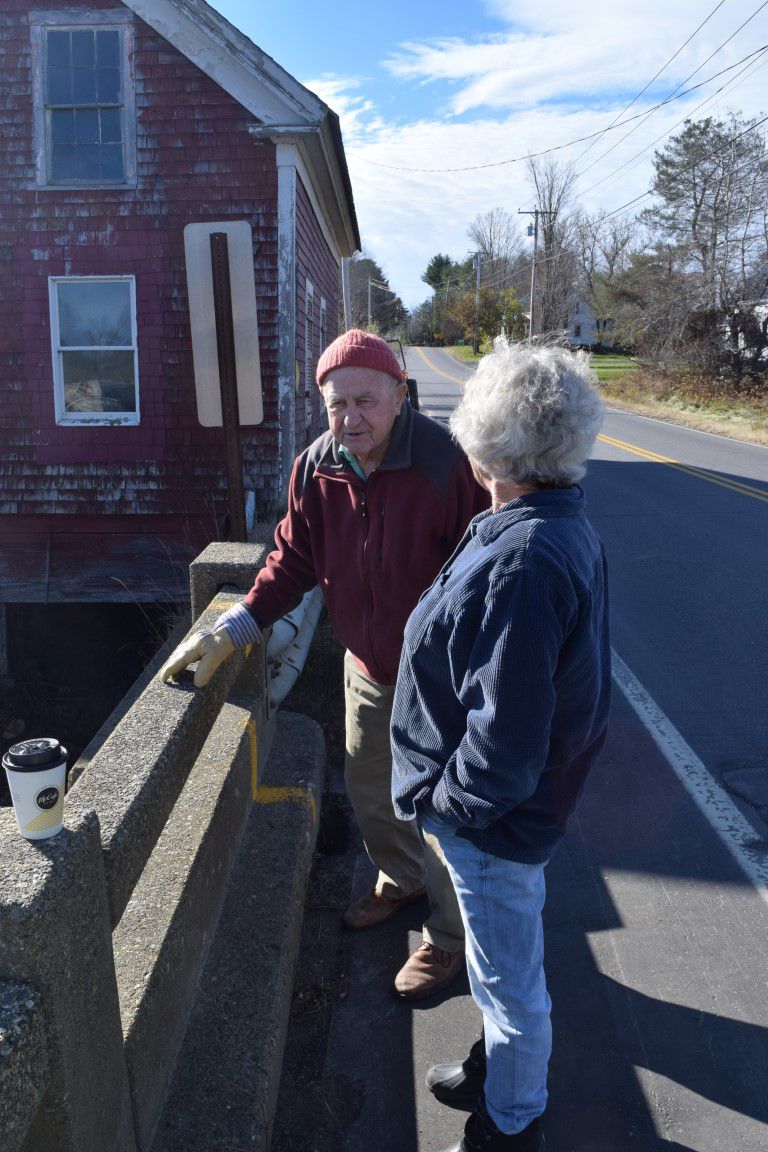 I was very much saddened to hear of Albert Boynton’s recent passing. Albert was intimately familiar with the Clary Lake dam and the Clary Mill which his family owned and ran back in the 1920’s and early 1930’s. I first met Albert when I was just 13 years old when his house caught fire, back in 1966. Water from the mill pond next door was used to save his house, something he liked to point out to people. I have spoken with him often in recent years about the dam and mill factored into the lives of his family.

In early 2018 the Clary Lake Association was in the process of raising money to buy the dam, and Albert made a generous donation towards that end. I took the picture at left in the late fall of that year, after we had successfully purchased the dam. It shows Albert standing next to the red mill house in which he was born, talking with our Treasurer Mary Gingrow-Shaw one day while dam repairs were underway. Albert lived just across the road from the dam and he was a frequent visitor during that exciting period. He was thrilled that the Clary Lake Association was finally able to buy the dam and restore Clary Lake. Albert has been a Clary Lake Association member for a number of years, and an unending source of stories about Clary Lake.

He will be remembered, and he will be missed.