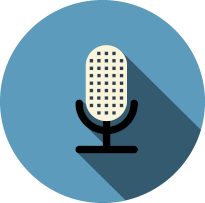 At the U.S. Bankruptcy Court hearing held yesterday afternoon in Portland, Judge Michael A. Fagone denied the Trustee’s Motion for Substantive Consolidation but approved the bid procedures and scheduled dates for the auction and the Sale Motion hearing. Sale Objections and competing bids are due by NOON on June 28, 2018. The auction will be held on June 28, 2018 at 2:00 pm at the Portland offices of Drummond Woodsum. The Sale Motion hearing will be held July 5, 2018 at 9:00 AM at the Bankruptcy Courtroom at 537 Congress Street.

Besides the Trustee, the lawyers, and the legal assistants, the hearing was attended by Paul Kelley (with counsel) and Richard Smith (representing himself). The Judge has allowed Smith’s Objection to stand despite being filed late, but has not decided whether Aquafortis Associates LLC will require counsel or if it can represent itself. Butch Duncan was also at the hearing.