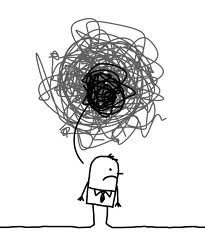 Back on September 9th I wrote that a conference with the court had been scheduled for October 4th to address questions of Discovery in the Clary Lake WLO appeal. In fact, Attorneys with the Office of the Attorney General representing DEP and counsel for AquaFortis Associates (AQF) held a Status Conference by telephone yesterday afternoon with Lincoln County Superior Court Judge Daniel Billings to discuss the State’s requested discovery and the Petitioner’s objections to that discovery. “The Court needs more time” was my take away from a brief phone call I had today with Assistant Attorney General Scott Boak about yesterday’s meeting. The parties agreed to meet again towards the end of the month of October to continue their work to resolve the conflicts. A date to meet has not yet been set.

You may recall back on August 2nd, DEP served Petitioner AquaFortis Associates LLC with their requests for discovery. Then on September 1st AquaFortis Associates filed a consented-to motion regarding various deadlines (see Petitioner Files Consented-To Motion Regarding Deadlines). In that filing they made clear their intention to object to (some or all of?) DEP’s requests for discovery by August 31st. On August 30th attorneys for AquaFortis Associates did indeed file 3 separate motions objecting to 1) DEP’s Request for Production of Documents, 2) their Deposition Notice, and 3) their Request for Discovery of Third Parties. The following day on September 1st they filed a Motion for Additional Evidence and Discovery. I received copies of all these filings a few days ago and have finally finished my review of them. I understand a conference with the court to address these issues has been set for October 4th. END_OF_DOCUMENT_TOKEN_TO_BE_REPLACED

Attorneys for AquaFortis Associates filed a “Motion Regarding Deadlines” in Superior Court on August 29, 2016. This motion seeks a conference with the Court in late September pursuant to the Court’s June 17, 2016 Order. The purpose of the conference will be to resolve conflicts between the parties regarding discovery requests which were served by DEP on AquaFortis on August 2, 2016. This motion was consented to by the DEP and was signed by the judge on August 30.

Typically, requests for discovery (documents, depositions etc.) are not filed with the court or made public. Therefore we don’t know exactly what has been asked for by DEP. However, the Motion gives us an idea:

4.     In accordance with the Court’s Procedural Order, on August 2, 2016, the DEP served on Aquafortis (1) the DEP’s First Requests for Production of Documents to Petitioner, (2) the DEP’s Notice of 30(b)(6) Deposition of Aqua Fortis (which DEP defines to include Richard Smith), and (3) the DEP’s Notice of Intended Discovery of Third Parties, including proposed discovery of Pleasant Pond Mill, LLC (which DEP defines to include Paul Kelley), Medius L3C, and Mr. Arthur Enos.

The motion goes on to say that “The parties also agree that a hearing with the Court to resolve discovery disputes is necessary. Aqua Fortis plans to object to the majority of the DEP’s discovery requests and the proposed discovery of third parties” and that “The parties are working cooperatively and in good faith to address the disputed discovery issues and plan on conferring to discuss these issues no later than September 7, 2016.”

September sounds like it’s going to be an interesting month; it will be very interesting to see what ends up being allowed in discovery.

This isn’t a terribly long document so I hope you’ll all take the time to read it. 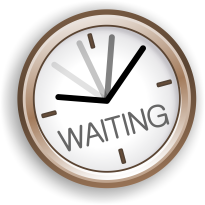 [dropcap]The[/dropcap] judge handling the appeal of the Clary Lake Water Level Order (AP-2014-01) has issued a Procedural Order based on the results of the Status Conference held back on June 7th. The Order is dated June 17, 2016 which was last Friday. The Order specifies a deadline of August 19th by which time the State should have filed the administrative record as well as their request for discovery. The real surprise in the Order is that contrary to what I had been told and contrary to what had I reported at the time (see: “Update on Superior Court Action“), the proceedings HAVE been Stayed, yet again, until August 1st. I had been assured by Assistant Attorney General Scott Boak when I spoke to him the day after the Status Conference that the suit had not been stayed so I expect the fact that it has now been stayed will come as much of a surprise to him as it did to me. No reason for the additional stay has been given.

END_OF_DOCUMENT_TOKEN_TO_BE_REPLACED

After attorneys with PretiFlatherty representing the dam and mill owners failed to produce a plan to repair the Clary Lake dam by last week’s June 1st deadline, people were concerned that they had come to some agreement with DEP to give them more time to respond. Also, the current Stay on the Proceedings in Superior Court ran out on June 1st as well, and we’ve all been wondering if another stay was going to be granted which would further delay the resumption of court action. With a Status Conference in Superior Court with Judge Billings scheduled for June 7th, we didn’t have long to wait for answers. I spoke with Assistant Attorney General Scott Boak this morning about what happened at yesterday afternoon’s Status Conference and he said there was no agreement between Preti and DEP going into the meeting, and the proceedings have NOT been stayed. Neither the State nor the Judge are interested in further delays.

END_OF_DOCUMENT_TOKEN_TO_BE_REPLACED

[dropcap]Back[/dropcap] on April 20th I posted about how Aquafortis Associates LLC (“AQF”) filed yet another Request for Stay of Proceedings in the matter of the ongoing appeal of the Clary Lake Water Level Order (see: “Lawyers for Kelley, Smith file Yet Another Motion For Stay of WLO Appeal“). That latest Request for Stay was dated April 14th and requested a stay of proceedings until June 1st to give the parties additional time to try and arrive at a settlement. When I reported on this matter, the State had not yet responded to the Motion though I anticipated that they would not object to the stay request. On April 22nd they did respond, and as expected, they did not object. END_OF_DOCUMENT_TOKEN_TO_BE_REPLACED

Attorneys for Aquafortis Associates LLC (“AQF”) have filed another Motion For Stay of the WLO appeal until June 1st. The motion was filed on April 14th and states that AQF, Pleasant Pond Mill LLC (“PPM”), and the Department of Environmental Protection have been “cooperatively working to resolve the issues that are the subject of Aquafortis’ appeal of the Department of Environmental Protection’s (“DEP”) Water Level Order for Clary Lake Dam (“CLD”), including issues that impede repairs to the CLD.” END_OF_DOCUMENT_TOKEN_TO_BE_REPLACED 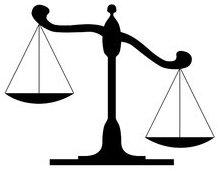 So what’s been going on?

END_OF_DOCUMENT_TOKEN_TO_BE_REPLACED

[dropcap]I[/dropcap] am pleased to announce that at a work session held earlier today the Legislature’s Environment & Natural Resource Committee voted unanimously Ought Not To Pass on LD 1566 “An Act Concerning the Establishment of Water Levels.” In it’s place, DEP will add a requirement to their rules pertaining to water level petitions for a public informational meeting including notices in local papers, a mailing to all lake front owners, the dam owner, and the town(s) in which the impoundment resides. The purpose of the meeting is to inform everyone of the requirements of the law governing water level petitions and the actual petition and adjudicatory hearing processes, and to encourage people to find a negotiated solution to their water level issues. 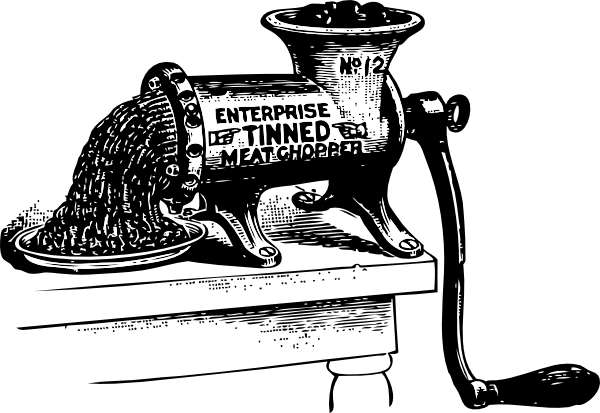 [dropcap]On[/dropcap] Tuesday PretiFlatherty attorneys filed in Superior Court an appeal of the Order issued by the Court back on January 25th approving the State’s Motion to Dismiss (see: “Superior Court grants State’s Motion to Dismiss“). The granting of the State’s Motion resulted in Pleasant Pond Mill LLC being removed from the proceedings. The granting of the State’s motion also made moot the Petitioner’s pending motion to amend their petition. The Court gave lawyers for Aquafortis Associates LLC 21 days to file a new, amended petition. That deadline was last Monday which turned out to be a holiday, so the filing was made yesterday. I picked up a copy this morning.

I am not surprised that they have decided to challenge the lower Court’s decision by appealing it to the Maine Supreme Court, and I expect they intend to appeal every unfavorable ruling that the Court hands down in this case. Classic delay tactics. This how the game is played. What will be telling is how quickly the Court acts on this. At least the filing is mercifully short: