Kelsie French and I resumed our water quality monitoring efforts for 2022 on Saturday May 14th, a little later than originally planned due to circumstances which all seemingly conspired to keep us off the lake. We’re back in the saddle now however and plan to visit Clary’s deepest spot to collect data every couple of weeks this season. END_OF_DOCUMENT_TOKEN_TO_BE_REPLACED 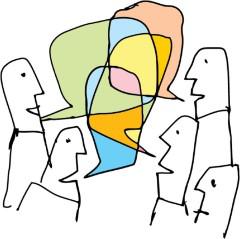 Yesterday’s Special Membership Meeting happened. It was, interestingly, both well attended and poorly attended. I was there along with my wife Margaret, Gareth and Beverly Bowen were there (it was after all at their house) and Board members Steven Cowles, and Mary Gingrow-Shaw attended. Also present were Greg & Karren Briggs (they have recently moved to Hodsdon Lane) and Pam and David Heath (they bought Tim & Brenda Robbin’s place on 215 last year). Also present via were nearly 100 Clary Lake Association members whose votes were to be counted.

Gareth and I perfected a great Zoom setup involving 2 laptops and a large screen TV. However, nobody attended the meeting by Zoom! I was quite surprised! This arrangement will work fine for future *indoor* meetings and may, perhaps with slight modifications, work for outdoor venues as well, assuming we can have internet access. We’ll see.

The purpose of the meeting was to count the returned proxy ballots (along with any votes cast in person) and certify the election results. The ballots, sent out in late January, included the following 3 Articles:

I’m happy to announce that all three Articles passed. I’ve updated the website with the latest Clary Lake Association Bylaws. 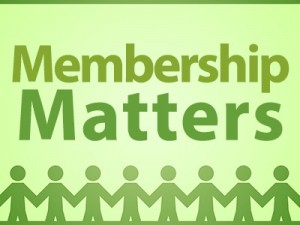 This is a reminder that we have a Special Membership Meeting scheduled for this coming Saturday April 16th at 3:00 PM at the home of Gareth & Beverley Bowen at 739 Gardiner Road, Jefferson Maine.

Proxy ballots were mailed to all CLA members back in late January along with a cover letter and a self addressed stamped envelope to return the completed ballots. The main question on the ballot involved a change to the wording of our bylaws pertaining to the definition of a quorum; currently a quorum is 1/3 of our voting membership, a hard number to muster! We’re looking to change that to 15% of our voting members. The purpose of this meeting is to officially count the proxy ballots that were returned and any raised-hands at the meeting, and announce the results of the vote. END_OF_DOCUMENT_TOKEN_TO_BE_REPLACED I spotted this Clary Lake critter this morning when I was out checking my rain gauge. At first I thought it was a goose but the sound it made wasn’t goose-like at all. Sounded more like… I dunno. It was weird. It didn’t stick around. Fortunately I was able to find a picture of it in the webcam archive. Anyone have any idea what this is? 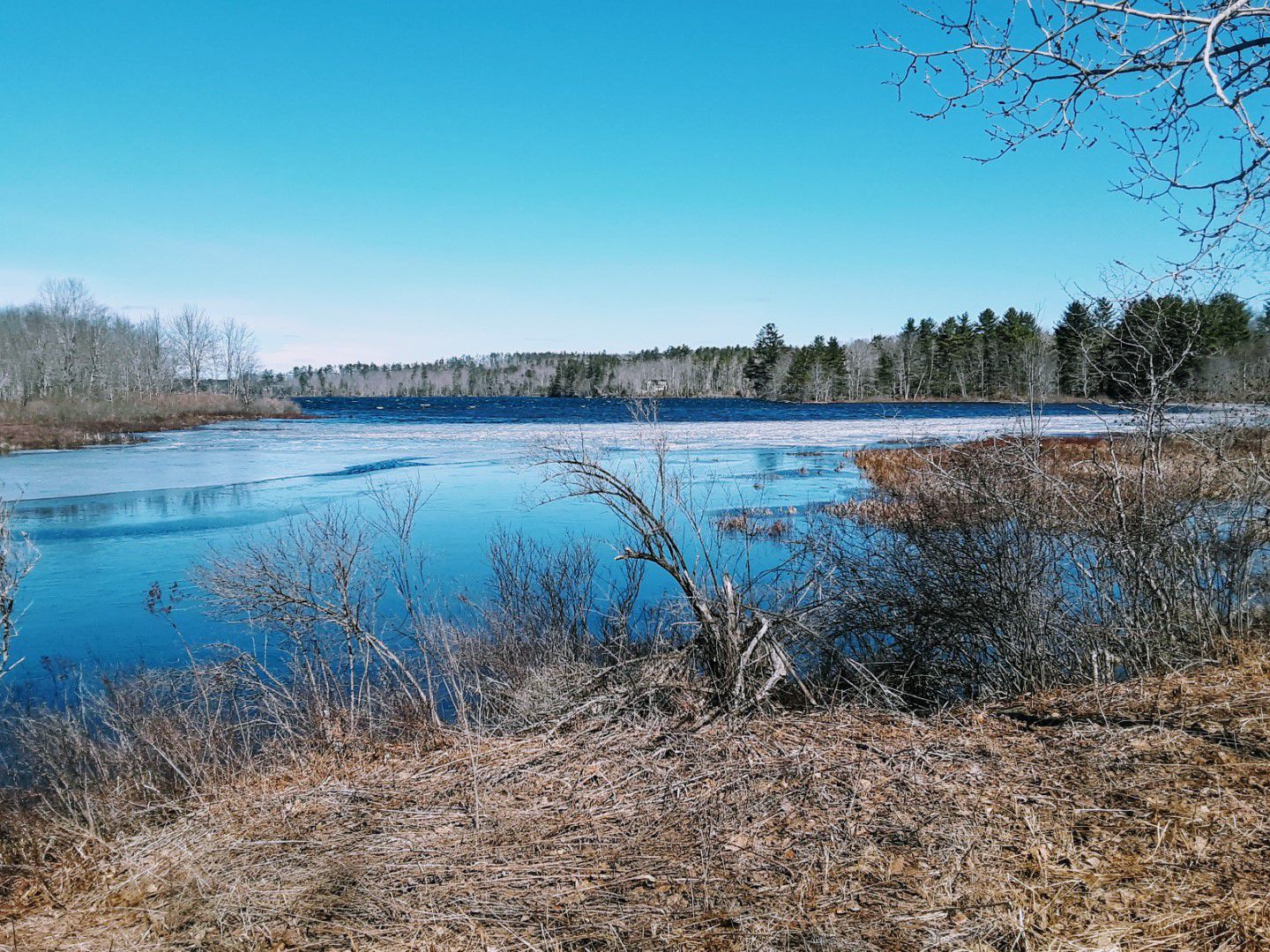 It’s Official:  the sheet of ice that extended from shore to shore down by the boat launch yesterday and which blocked access to the lake was ground up by the high wind this morning and driven into the cove at the east end of the lake. I just consulted with David Hodsdon and we agree that the official Ice Out date is today: 29 March 2022.

Vicki Grimaldi with her guess of March 25th was the closest to ice out without going over, making her the Winner of this year’s ice out contest! Congratulations Vicki! She’ll be receiving the framed loon photograph by David Hodsdon (see image below). Vicki bought Dennis Morgan’s place on Hodsdon Lane back in the summer of 2021. For runners up we have Jack Holland with his guess of March 24th, 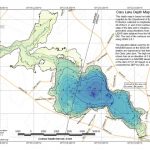 winner of the “What do you mean 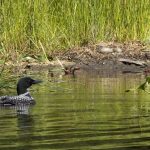 it’s not ice out yet?” award, and Dan Burns and Steve Relyea with their March 30th guesses are both winners of the “Missed it by >< that much” award. All 3 runners up will receive a laminated copy of the Clary Lake Depth Map (image at left).

And so concludes our 2022 Ice Out Contest! A month ago I wouldn’t have bet dollars to donuts that the ice would be out before the end of the first week in April, based on how thick the ice was this winter and how cold it’s been this spring, which I suppose just goes to show you what I know. If you’re forgotten your guess, you’ll find it in this post. It’s also unusual for it to take so long (9 days) to go out once open water first showed up on the north shore (like it always does). The reason it took so long I think it because it really wasn’t ready! Usually ice-out occurs much faster. Even more interesting: this year’s ice out date is the same as last year’s ice out date. I didn’t see that coming!

I’d like to thank everyone for playing and encourage you to try again next year. I’ll be picking up the framed loon photograph and delivering it to Vicki later this week. The runners up will get their prizes the next time I see them, which might be the next time they stop by my house if I don’t stop by their house first! 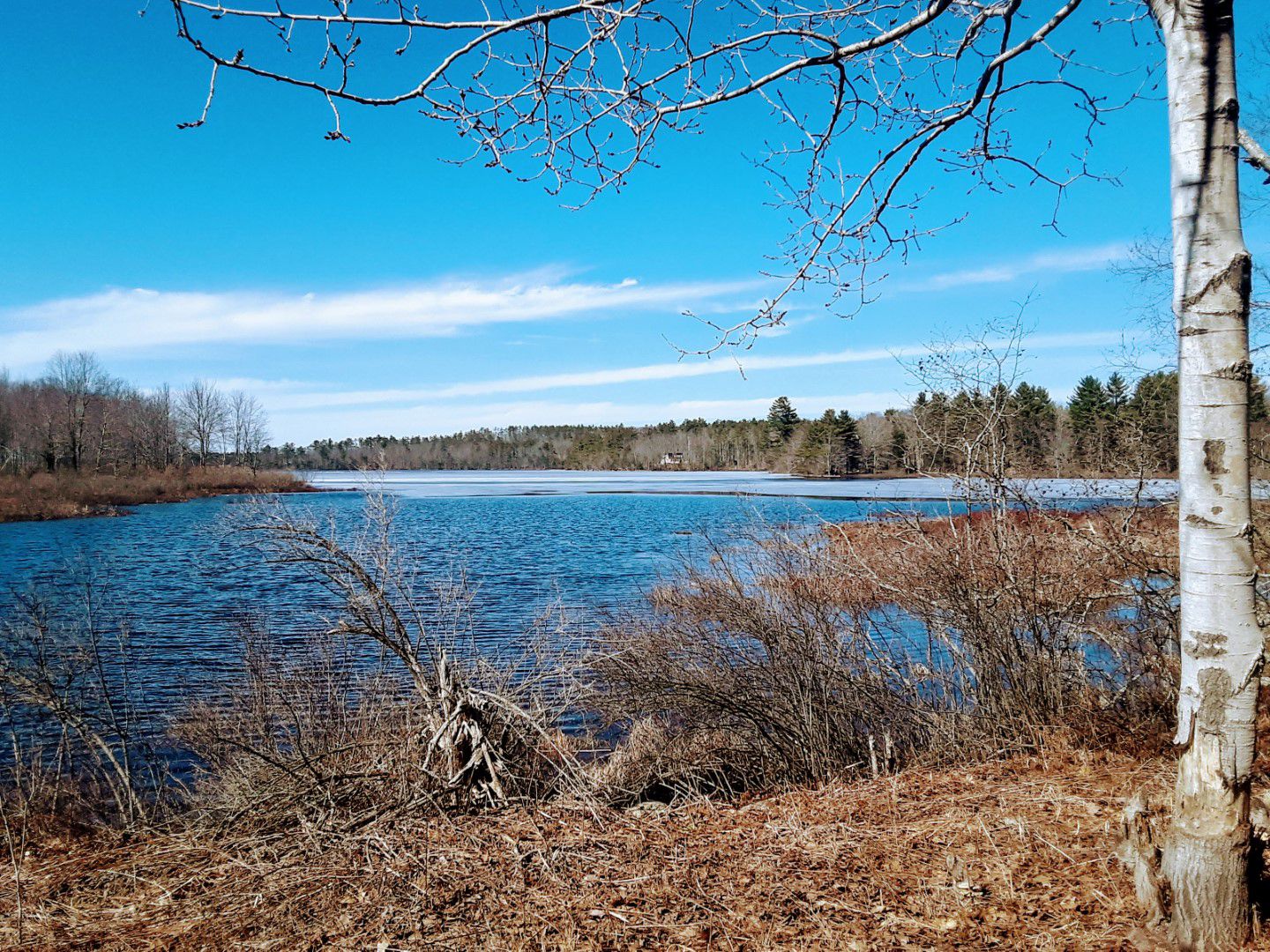 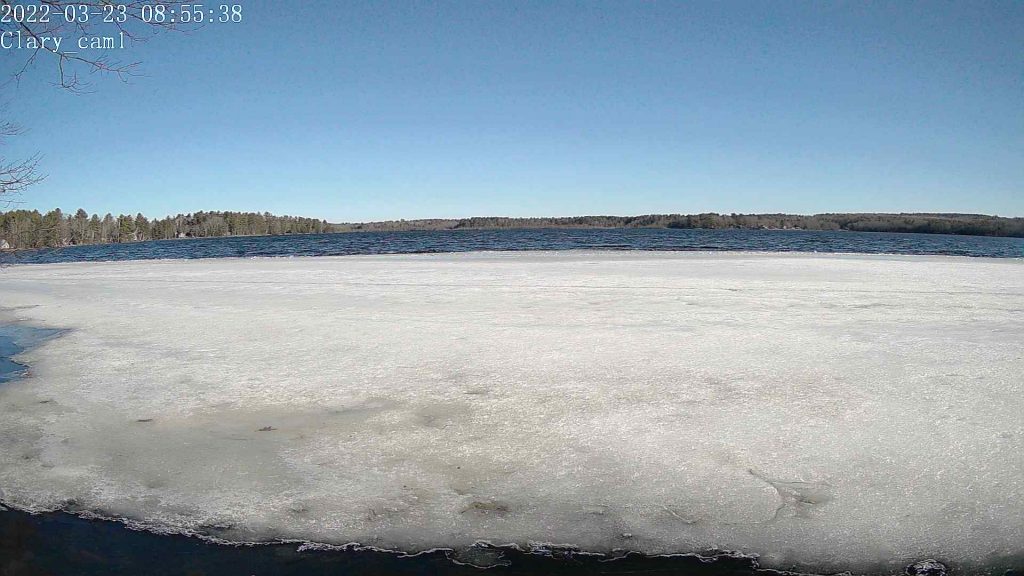 I have never seen the ice disappear from Clary Lake as fast as it has this year! Last Friday there were people ice fishing. Rain on Saturday and with winds on Monday and Tuesday with gusts of 35-40 mph really hammered the ice into submission. As of this morning, winds have let up considerably but are still blowing 8 mph or so. There is a considerable amount of ice left on the south shore both in Whitefield and Jefferson. We’re not calling ice out yet, but it won’t be long now. Tomorrow we’re expecting rain during the day with moderate winds from the south which change to the east and pick up in intensity come night fall. It’s hard to imagine the remaining ice hanging around to the weekend.

You can keep an eye on things with our Clary_cams (which President Dave Knight insists on calling Spy_cams) and if you haven’t tried yet, livestream them!

This is our third year running a Clary Lake Ice-Out contest. This year’s prize for first place is a beautiful 12″ H x 15″ W framed loon photograph taken by David Hodsdon. If you guess the correct ice-out date  or come closest without going past it, you’re the winner. In the event there are two (or more) people who guessed the same winning date, the person guessing first (based on the recorded timestamp) will be the winner and the other less-lucky (but still lucky!) person (or persons!) will win a laminated 8.5″ x 11″ Clary Lake Depth Map as a runner up prize (see below). FYI, the earliest the lake has been deemed completely free of ice was on March 13, 2016; the latest the ice has gone out was on April 24, 2001. Last year’s

“official” ice out date was March 29th which was correctly guessed by Bambi Jones. She won a blue “We Give A Dam” tee shirt. We also awarded second places (also tee shirts) to Kelley Doore and Alan Nicholas Decker who correctly guessed the “What Do You Mean It’s Not Ice Out Yet?” date of March 28th. Visit our Ice In and Ice Out page to see all our historical data back to 2001. Reviewing historical ice-in and ice-out data is NOT CHEATING!

[UPDATE]: I’ve posted the current guesses at the bottom of this message and I’ll update the list at least daily. We’ll close the contest some time before the ice actually goes out. And yes, you can submit more than one guess, but only your last guess will count 🙂

END_OF_DOCUMENT_TOKEN_TO_BE_REPLACED 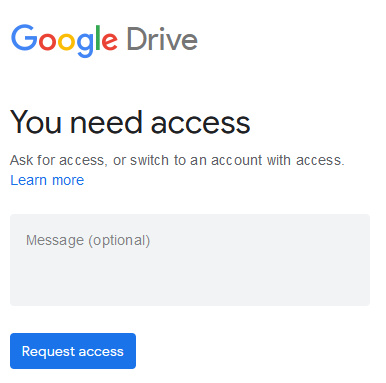 I HATE busted links, everywhere, but especially on our own website. It’s come to my attention that a lot of links to documents & stuff that are stored on Google Drive have recently become inaccessible due to a more stringent security procedures. Security is a good thing, busted links are not. I’ve fixed quite a few already but more undoubtedly are hiding, waiting to not show you what you want to see. If you try to view something and get “You need access” instead (picture, at left) PLEASE click the “Request Access” button. This will send me an email and let me know you found a busted link. Thanks in advance! 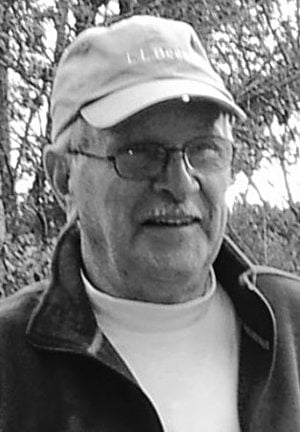 Stanley Whittier built his camp on Clary Lake back in 1955 and he has been a Clary Lake Association member since we formed back in the summer of 1960. Due to failing health, it’s been a few years since he was last a CLA member but his many years of support are not forgotten. Here is his Obituary in the Central Maine Papers:

WATERVILLE – Stanley M. Whittier, 91, formerly a long time resident of Augusta, died Monday, Jan. 24, 2022, at the Alfond Center for Health in Augusta following a long illness. He was born in Bath on Jan. 10, 1931, a son of the late Stanley A. and Frances (Martin) Whittier.

Mr. Whittier attended Augusta schools and was a communicant of St. Mary of the Assumption Catholic Church. He was a US Army veteran, serving during the Korean War.

Mr. Whittier had been self-employed barber for many years in Augusta, where he also enjoyed organizing the Chamber of Commerce Whatever Week Races and you could always spot him in the bleachers at Cony basketball games. In 1955 he built his camp on Clary Lake in Jefferson which was his favorite place to spend time with family.

He was predeceased by his wife, Irene J. (Valliere) Whittier; two brothers, Keith and Leonard Whittier and his sister, Joyce Chick.

Relatives and friends may visit on Tuesday, Feb. 1 from 10 – 11 a.m. at Plummer Funeral Home, 16 Pleasant St., Augusta where a funeral service will follow at 11 a.m. Burial will be in the spring in Sand Hill Cemetery, Somerville.

Condolences, stories and photos may be shared at http://www.plummerfh.com.

The family requests that donations in Stan’s memory be made to: