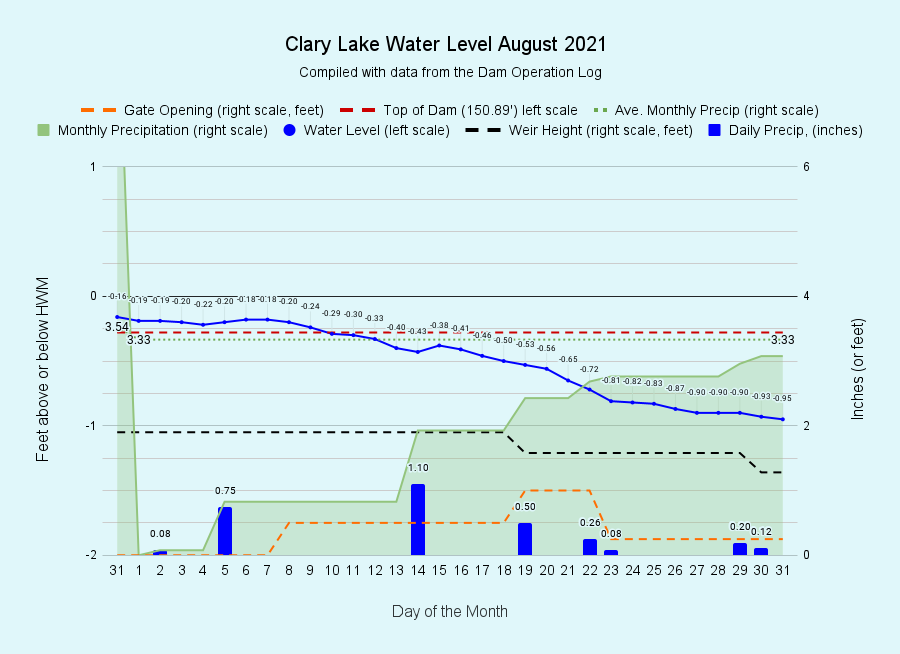 I have archived the August 2021 Water Level Chart (at left). The 3.08 inches of rain we received in August fell slightly short of the 3.33 inch average for the month, so we’re a little further behind (-1.58 inches) for the year than we were at the end of July. We’ve received 26.17 inches of rain to date, the average for the end of August is 27.75 inches. We also anticipated a good soaking as the remnants of Hurricane Fred and Hurricane Henri passed by within a few days of each other and on August 19th and we opened the dam’s gate a foot to release some water and create some headspace for what potentially could have been a lot of storm water runoff. The storms were a disappointment however, dropping only a combined total of 0.84 inches of rain with virtually no additional runoff and we ended up closing the gate 5 days after opening it, having lowered the lake a grand total of only 3.4 inches. Now it looks like Hurricane Ida which will be passing to our south later this week may result in significant rainfall. Time will tell.