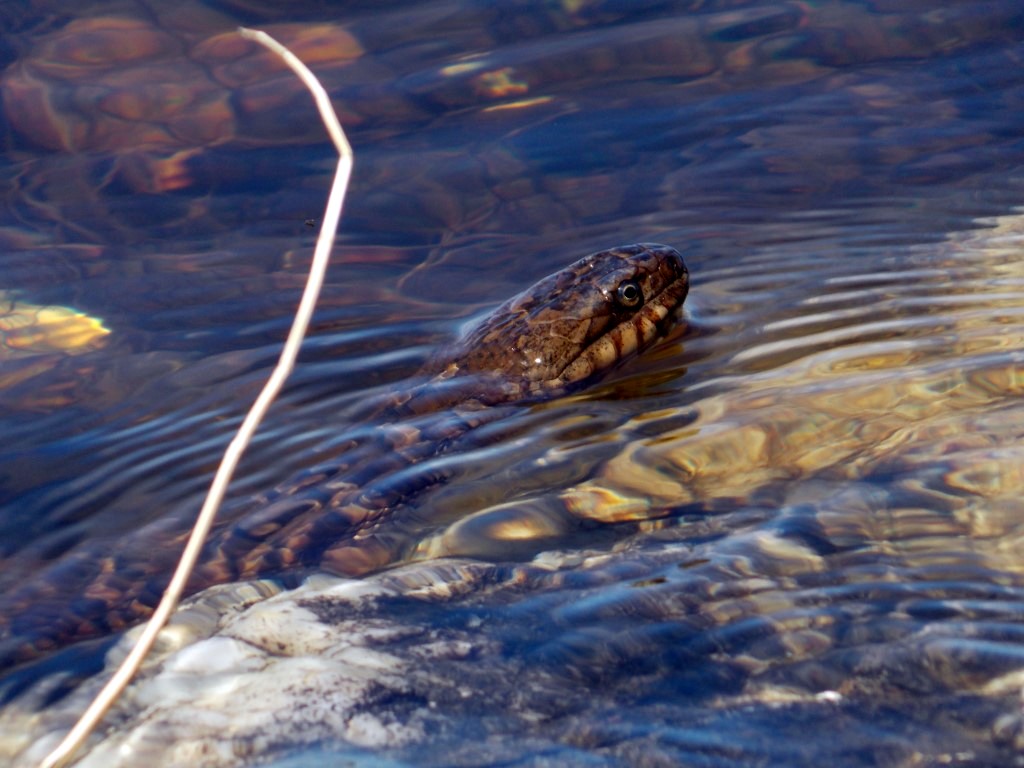 The other day my neighbor Steven Giampetruzzi uploaded  a couple of pictures to the website documenting his recent close encounter with a rather large specimen of northern water snake (Nerodia sipedon). From the picture it looks to be at least 3′ long and quite healthy looking, don’t you think?

I know some people are freaked out by snakes, but you shouldn’t let water snakes bother you because they’re harmless, non-venemous, and they eat leeches among other things. I’d always been told there were water snakes in Clary Lake, but it wasn’t until a couple of years ago that I actually saw one for the the first time. One afternoon I was sitting on my dock relaxing when I spotted what I thought was turtle swimming slowly

toward me. As it got closer I could see it was a snake’s head, sticking out of the water like a submarine’s periscope. It got to within about a yard of the dock where I was sitting when it spotted me, and submerged. It was almost as big as the one in this picture. It turned out it was living under my dock and I I continued to see it and a smaller snake in the area off and on for the rest of the summer.

In any case, thanks Steve for uploading those awesome pictures! And a reminder to the rest of you, feel free to upload your own pictures to the site using the Picture Upload Page or just email them to me and I’ll post them.