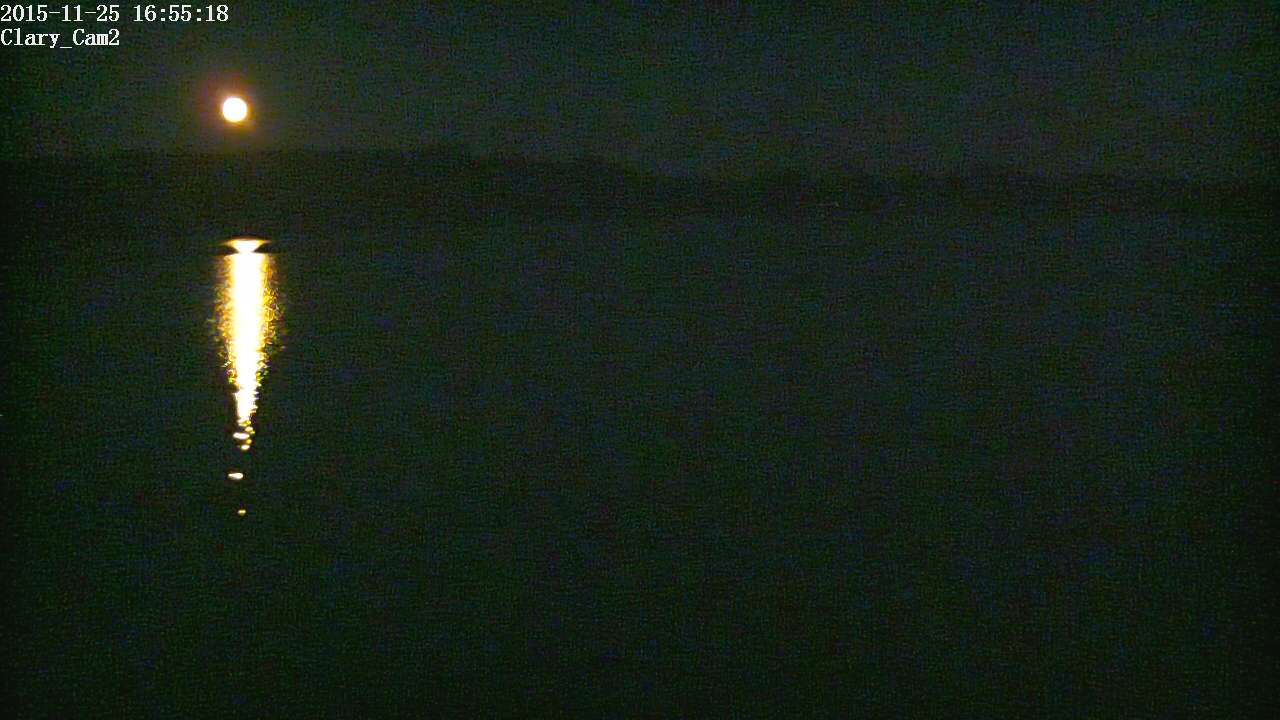 I mentioned to David Hodsdon earlier today that tonight’s full moon was going to rise on a true azimuth of about 68.7° or about 10° to the left of the current edge of the field of view of Clary Cam2. David decided to adjust where the camera pointed this afternoon so as to capture the full moon rising. The picture at left is the result. The moon doesn’t rise in the same place each month. The point at which it crosses the horizon on it’s way up moves towards the north in the summer and fall and back towards the south in the winter and spring. By next June it will be rising over the State boat launch as seen from the location of Clary Cam2.

There are a few more pictures of this moon rise in the Webcam Picture Gallery. It’s possible that Venus, Mars, and Jupiter will be visible tomorrow morning about 4:30 AM. I won’t be up then but Clary Cam2 will start taking pictures at 4:00 AM. We’ll see what it captures.