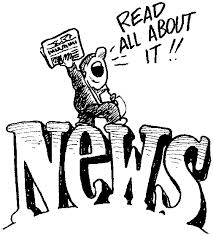 There is an article by Paul Koenig in today’s Central Maine Papers (Kennebec Journal, Morning Sentinel) reporting on the ending of mediation of the Clary Lake water level order appeal. The article also mentions in passing the recent dismissal by the DEP of PPM’s Petition for release of dam ownership or water level maintenance. The article offers no new information beyond what we have already reported here in two separate postings (see dismissal of the petition for release and the termination of mediation).

Here’s a link to the article. Because of Centralmaine.com’s subscription policy, free access to articles is limited to 10 per month. In case anyone is unable to access the the article at the above link, here’s a local PDF copy:

This latest article while factually correct contains several misleading statements which I’d like to clarify. First, the article reports that “mediation ended after Paul Kelley, manager of PPM, dissolved his company in March.” True, it did, but the article implies the dissolution of PPM brought about the end of mediation. This is not the case. Kelley voluntarily left mediation in late March but mediation continued for several weeks with a final session being held on April 3rd. At that point, with Kelley having left mediation, there was little sense in continuing though the mediation report stated that Enos, Duncan, and Aquafortis Associates were willing to continue.

Second, the article implies that DEP returned the petition because they believe PPM no longer owns the dam. DEP did NOT dismiss PPM’s petition for release from dam ownership because they believed PPM no longer owned the dam. They dismissed it because the felt that Kelley by his own actions had in effect withdrawn his petition, something he is entitled to do under the statute. Furthermore, with PPM no longer a corporation in good standing with the State of Maine, the petition no longer met the requirements of Department Rules. Read the letter and you will see they make these points very clear.

Third, the article states: “The mediator, John Sheldon, wrote in his report submitted to the court May 7 that it’s unclear whether and how the water level order can be enforced now that the company has dissolved.” While it is true that the mediator made that statement, I must point out that the court will decide this question, and I’m quite confident it will conclude that Mr. Kelley’s shenanigans to avoid responsibility for the Clary Lake dam are of no effect.