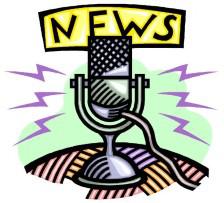 Last week I attended the Whitefield Select Board meeting on behalf of the Clary Lake Association to ask the Selectmen to write a letter voicing their support of the letter recently written by Representative Sanderson and Senator Johnson. They said they would. At their regularly scheduled meeting earlier this week the Whitefield Select Board members reviewed the letter and all 5 signed it. The letter is to be sent to parties at DEP and the Office of the Attorney General, and to the Lincoln County Commissioners. Copies of the letter will also be widely distributed by email perhaps as early as today. It’s a great letter that does more than just voice the Select Board’s support of the Sanderson/Johnson letter. The letter details their special concerns including lack of access to water for fire fighting purposes, the impact of the low water conditions of the town’s residents use and enjoyment of Clary Lake, and the loss of valuable wetland and wildlife habitat:

This is not the first time the Whitefield Select Board has written letters regarding the Clary Lake water level crisis. In late April 2013 shortly after Pleasant Pond Mill LLC filed a petition for release from dam ownership or water level maintenance, they wrote a letter to DEP and later, in August 2014, they wrote a letter to AAG Thomas Harnett. I am grateful that the Whitefield Select Board has been so supportive. I will be meeting with the Jefferson Select Board in the near future to ask them to write a letter in support of the