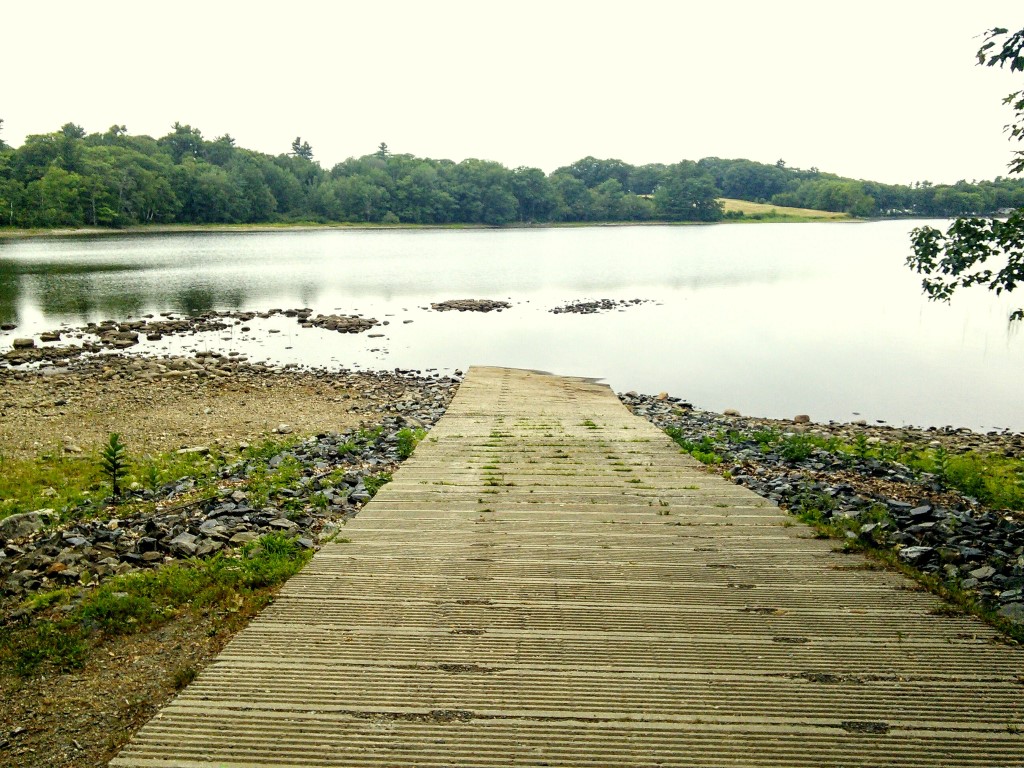 I don’t need to tell anyone that the lake level is low, that much is obvious. However the lake is now lower than anyone has seen it in more than 54 years judging from a picture taken back in the summer of 1961, and that seems like something worth telling people about. On April 21, 2012 the lake fell to a then-record low of -62.53″ but as of the other day, the lake level had fallen even lower than that, to -62.64″ below the top of the dam, where it sits now. I went over to the State boat launch with my camera to take yet another picture of how useless it is and found the water level had fallen off the end of the ramp. 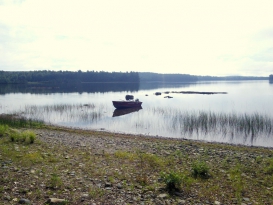 The next morning I went over to visit with Malcolm Burson to talk about plans for the annual meeting and I couldn’t land my boat on their shoreline (picture, at left). I had to leave it about 25′ out in the lake and walk to shore. Malcolm told me that for Eleanor and him to go swimming, they have to walk out to the ledges visible in the picture where they take off their shoes and enter the water; beyond the ledges the water is about 3′ deep, deep enough to swim without hitting bottom. Similar evidence of how useless people’s lake frontage has become is found everywhere you look. You could fall off the end of Bob Rubin’s dock and break a leg (at left). It’s usually a foot above the water; now it’s 6 feet straight down to rocks. There isn’t enough water in front of Steve Viti’s dock to float a canoe, let alone his boat and out in front of

the Antognoni’s house, the lake has receded so far and the exposed lake bottom so muddy that you can’t even get to the water. And who wants to try swimming with all the water weeds over on the Duncan Road side of the lake?

Only a fool would think people are going to take this laying down. Come to the Clary Lake Association Annual Meeting and find out what you can do to help.