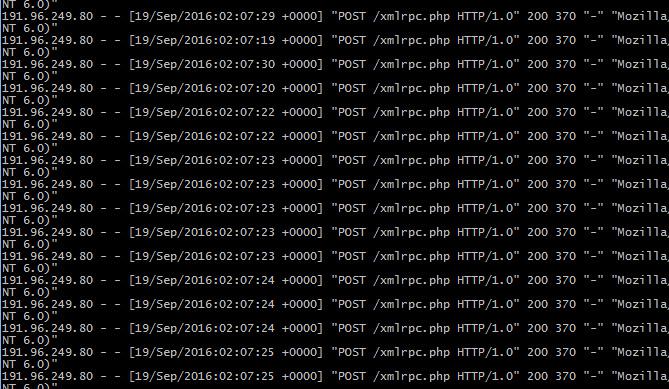 Off and on for the past 24 hours or so one of the web sites on our web server was under a socalled “Brute Force Amplification Attack” by someone with an IP address originating from inside Russia. While only one site hosted on the server was under direct attack, service was was at least partially disrupted for all sites hosted on the server. If you’ve had trouble getting to our site last night or this morning, now you know why. Fortunately the attack was detected before the target site was compromised, so no permanent damage was done or data compromised. This kind of activity is unfortunately all too common now days.

To thwart the attack we have temporarily blocked incoming and outgoing connections to the web server from all locations outside the continental US and Canada. Unfortunately has had the side effect of breaking some of our site functionality. In particular, the weather widget in the sidebar (it actually gets it’s data from a place in England of all places) and a few other back end systems are not functioning yet. We should have full functionality restored by sometime tonight.