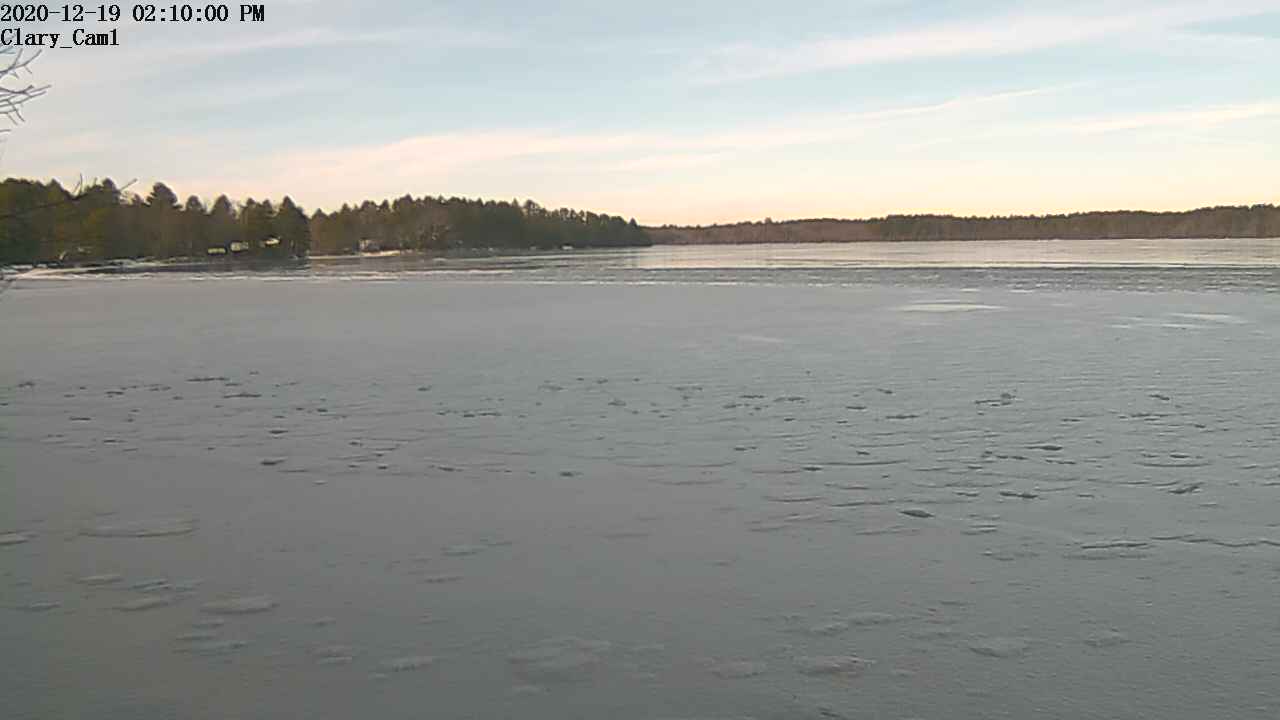 Clary is fully iced over as of December 19th.

After consulting with the two Davids (David Hodsdon and David Knight) we’ve concluded that Clary has finally iced over but it will likely at least partially melt off again on Christmas day as we’re expecting a storm bringing an inch or more of rain with temps in the 50’s. Time will tell! As cold as it’s been this month, I expected the lake to freeze before this but heavy rains at the end of November and beginning of December have resulted in a lot of water moving through the lake and as you know, moving water resists freezing. Also, the addition of lots of rain to the lake raises the temperature if only slightly, and this slows down freezing as well.

When I was a kid I routinely skated on Clary Lake on Thanksgiving. While there is no obvious warming trend evident from the data we’ve collected so far, it should be stressed that this represents a very short sample period (19 years):

Check out our Ice-in and Ice-out dates page with data back to 2001.