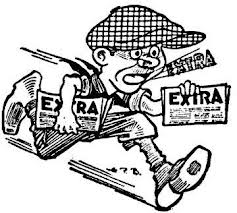 There’s an article in this week’s Lincoln County News by staff writer Abigail Adams about the letter that Representative Sanderson and Senator Johnson wrote last week. Judging from the article, it appears Sanderson and Johnson did end up meeting with Paul Kelley. Johnson is quoted as saying “We have a much better understanding of his perspective, but we didn’t reach any agreement on actions that would get us closer to a resolution without the courts.” Butch Duncan was also quoted as saying “The depleted water level has given me my land back. Now I have a meadow instead of a swamp.” To each his own I guess. Anyways, here’s the article: