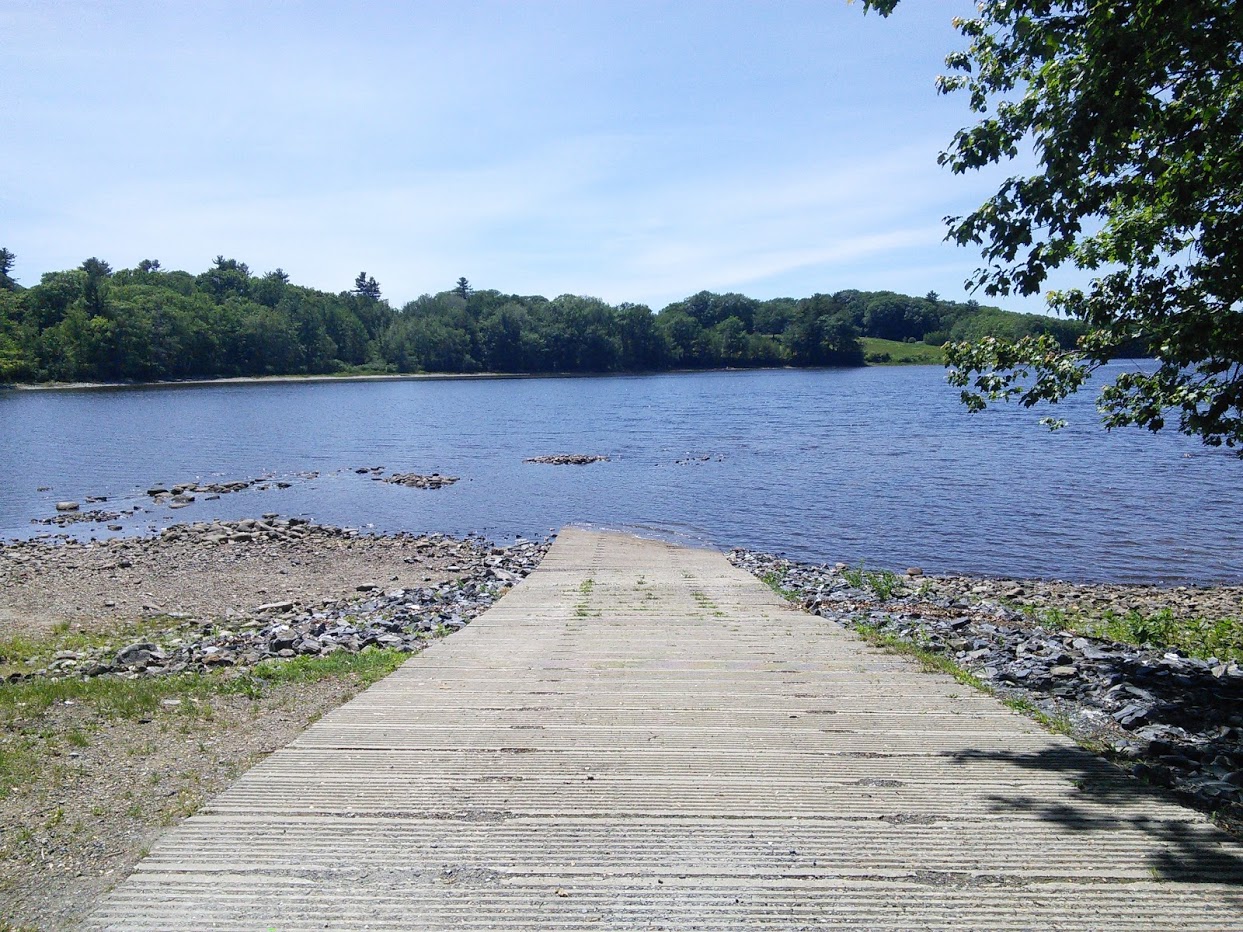 The State boat launch with the water level 61″ below the top of the dam. The water has receded to the end of the ramp and there’s only a foot of water off the end of it, and exposed rocks 25′ out beyond it. Good luck trying to launch a boat. Photograph by George Fergusson 17 June 2015

The lake has fallen to 61″ below the top of the dam, a level we’ve seen only 3 other times in the last 4 years.  As I was updating the water level chart this afternoon I noted that the level had reached the elevation of the end of the boat launch and so I decided to go over and take a picture. Even though I knew what I was going to find because I’ve seen it before, it was still surprising, and sad, seeing the ramp fully exposed like this. It was a beautiful day on Clary Lake with loads of sun and a light breeze, but there was nobody at the launch, no kids swimming, and no parked boat trailers. This was not surprising. The water level had indeed fallen to the end of the ramp; that condition and the exposed rocks beyond the end of it would no doubt discourage anyone from even trying to launch a boat here, or go swimming for that matter. The launch was designed to have a minimum of 2.3′ of water over the foot of the ramp and believe me, you need all of that to launch a boat. I’ve seen people struggle to get their boats on and off trailers when there wasn’t enough water to float them off, and I’ve done it myself. I’ve seen people pull in, survey the situation, and leave without attempting to launch their boat. And then I’ve see this.

I was talking this morning with someone at the store and the age-old question of how low can the lake fall came up. The lake level is currently at -61″ and falling about 1/4″ per day; Without rain, I think it can fall another couple of inches. You can’t get a kayak or canoe into the channel now, if you can even find it. So the lake is about bottomed out. I wrote about this back on 03 October 2014.