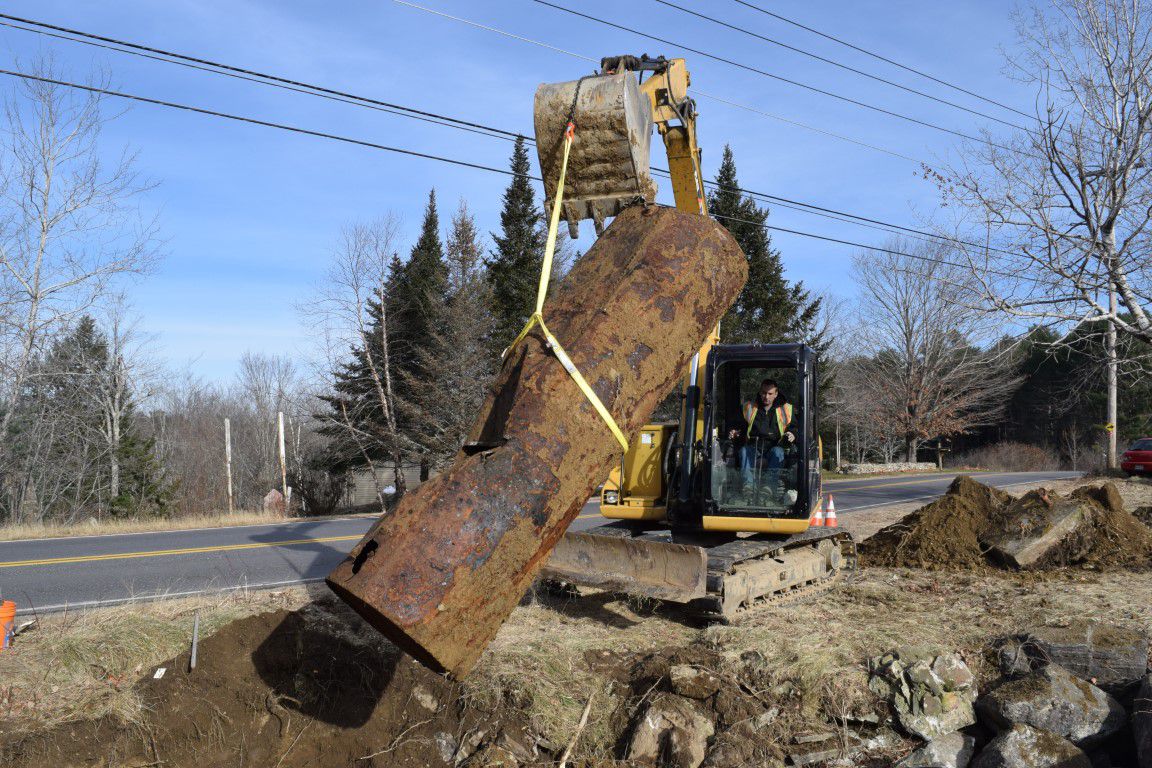 Today was a landmark day at the the Clary Lake dam. First thing this morning, McGee Construction arrived on site and got to work. First they finished pumping out the contents of the underground storage tank, a process actually started the day before. All told they pumped about 650 gallons of reasonably clean water out of the tank. Then they got to work digging up and removing the tank. It didn’t take long. The good news: Beacon Environmental was on site to do soil and water tests, and ZERO contamination was found, so ZERO remediation needed. This did not come as a huge surprise to anyone, but we were all nonetheless pleased and relieved to hear that. They were pretty much done by lunch time. Here are a few more pictures:

The permitting process to get that tank out of the ground was substantial… requiring in all, 5 separate forms/applications including a tank registration form, an intent to remove tank form, an NRPA Permit By Rule notice, a Maine DOT Highway Opening application (the tank was partly in the road right of way) and last but not least, a “tank was successfully removed” notice (which I have to file tomorrow). Gak. You’d think we were trying to do a bad thing, not get rid of a potential environmental hazard. All I can say now is I’m glad that tank is finally out of the ground and off my radar.

About the time that McGee was finishing up the tank removal, PCS Specialty Contracting was getting ready to shoot gunite to seal the upstream face of the dam against leaking. I’ll post pictures and video of that exciting work shortly.