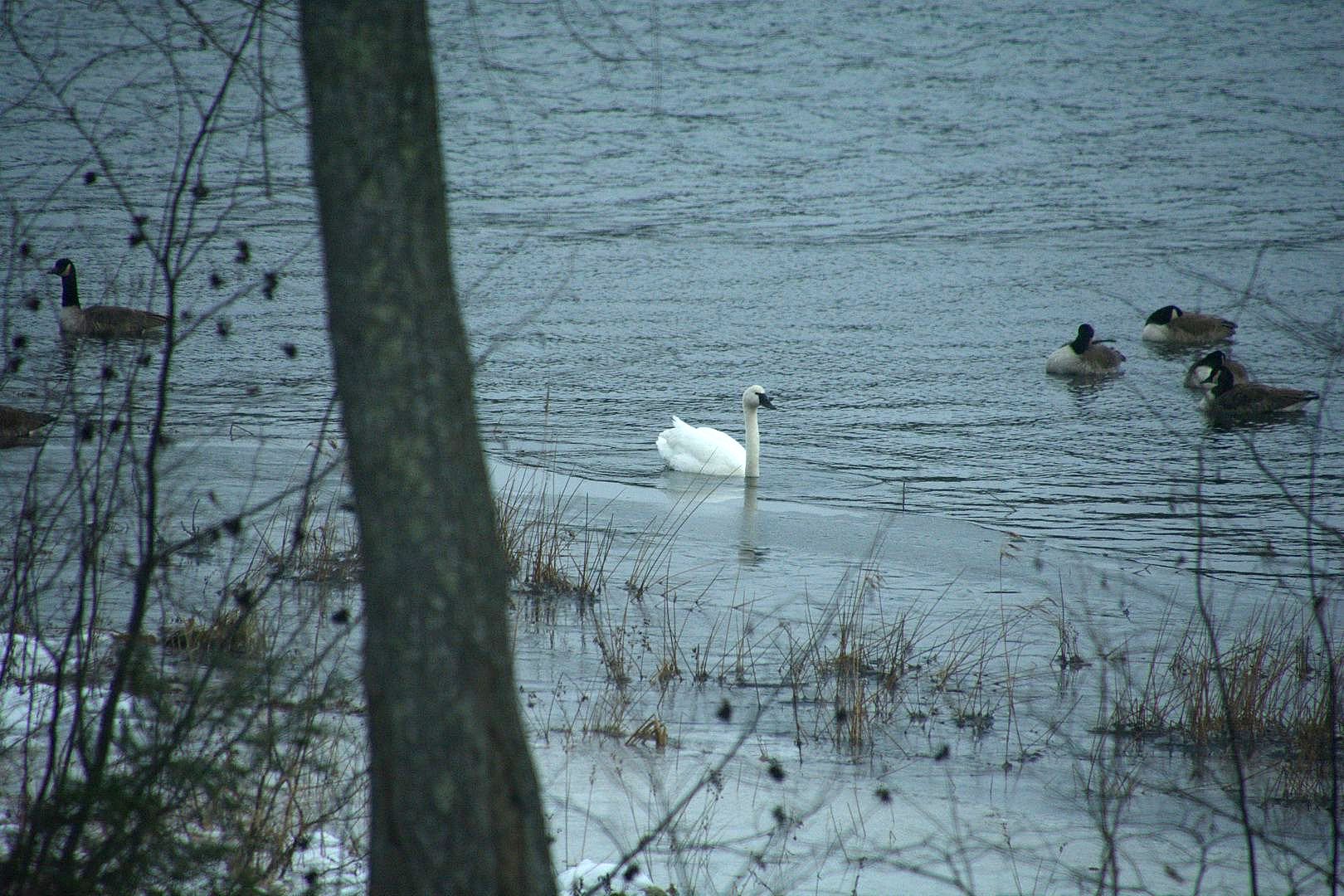 Woah. Epic fail on my part: that so-called “domestic goose” I posted about last week appears based on photographs David Hodsdon sent me today to be a Trumpeter or perhaps a Tundra Swan (though still awaiting definitive determination by experts). In my own defense, all I had to work with were a couple of pictures that I took at long-distance showing the back of the Swan. I didn’t get a good side or front view. There are only 3 species of Swan in North America (Trumpeter, Tundra, and Mute) and Maine is not known to be within the range of any of them. Frankly it looks to me like a Trumpeter Swan, but IF&W Wildlife Biologist Keel Kemper took one look at the above picture and believes it is a Tundra Swan, rarely if ever seen in Maine.

I’ve got some Maine birders looking into this and will post an update when available.

[UPDATE]: The expert birders have reached a consensus: Tundra Swan. According to this Cornell University site, these birds spend their summers mating along the northernmost fringes the Arctic Tundra of Canada and Alaska and only migrate south into the United States Maine in Winter. Maine is not generally considered part of the Tundra Swan’s migratory range. How exciting to have spotted this bird on Clary Lake!