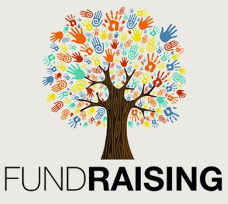 One week ago today the Board mailed out yet another fundraising letter to our Membership, other Clary Lake shore owners, and friends of Clary Lake in the surrounding community. I had hoped to post a fundraising update before sending that letter, explaining where we stand financially, what we’ve spent money on so far, and why we need to raise more money, but the past couple of weeks since receiving the favorable bankruptcy court ruling have been unbelievably busy and I just haven’t found the time to sit down and address the matter. Until now. A few people have reached out to me recently with questions about the need for additional fundraising, so here I go, better late than never.  A lot has been on hold this summer, pending receipt of the Clary Lake dam and we’re now trying to make up for lost time. First and foremost is getting the dam repaired as soon as possible. I’ll update everyone about that effort in a separate post.

Before getting into details, let me say that the Board was extremely gratified at the response to our first fundraising initiative, and we’re not at all happy about having to go out for a second round of fundraising. Circumstances however require it: we’re short of the funds necessary to complete repairs to the Clary Lake dam, and there’s no turning back. We need more money primarily for two reasons. First because of the incredible complexity of the bankruptcy proceeding, our legal fees exceeded what we had anticipated by about $10,000. Second, very early on in the fundraising process, there was a miscommunication with one of our matching donors about how much they were going to contribute; we thought they were going to match 1/2 of the original $90,000 fundraising goal, or $45,000 but they had in fact only agreed to match 1/2 of the $80,000 cost of the dam, or $40,000. In any case, this left us $5000 short of our goal before we even started. We’re very grateful to our matching donors, and I assume full responsibility for this misunderstanding. Sadly, we didn’t learn of this discrepancy until we were almost done fund raising, which is why, if you were paying attention, one day last summer, the fund thermometer balance suddenly dropped $5000. If you add that $5000 we thought we’d raised but hadn’t to the $10,000 extra we spent on legal fees you get the $15,000 that we’re trying to raise now. I’m confident that we’ll raise the required sum of money.

So what happened to the money that has been raised so far? Good question! I’m the Secretary not the Treasurer so I’m not going to go into a lot of detail on our expenditures, but in big round numbers we’ve spent $80,000 for the dam and approximately $17,000 on legal fees, most of which went to bankruptcy attorney Randy Creswell with some of the money going to our Title Attorney Carol Chen. Repairs to the dam are projected to cost $35,500. If you add those 3 figures together you’re up to $132,500, considerably more than we managed to raise last spring. Raising an additional $15,000 will cover that shortfall as well as give us the additional money needed to pay other anticipated expenses like title insurance, land surveying and engineering, various application fees, etc. We expect to have a little left over for unforeseen eventualities, but if we manage to raise a little more than the $15,000 we’re shooting for, that would be a good thing.

You’ll notice that I’ve changed the goal on our fundraising thermometer on the right hand sidebar from $125,000 (which we actually never quite reached last summer) to $15,000 to reflect the new fundraising goal. Initially I had just added $15,000 to the original goal but after discussing it with the Board I decided to start fresh with a new thermometer and a new (more manageable) goal. Later this fall we’ll post a complete accounting of money raised and spent.

Finally, to forestall any concerns, questions, or complaints about the legal fees we’ve had to pay to get the dam, I’d just like to say that the Board is very happy with Randy Creswell’s representation of the Association in what turned out to be an incredibly complicated, contentious, and confusing bankruptcy proceeding. We don’t begrudge Randy his fees one bit, and offer our sincere thanks to him for successfully navigating his way through this bankruptcy proceeding, which was fraught with pitfalls. Randy got us the Clary Lake dam, free and clear of the Restrictive Covenants in spite of objections raised by Paul Kelley, Richard Smith, and Aquafortis. Randy quickly became intimately familiar with our decade-long struggle to resolve this Clary Lake water level mess. He charged us a much reduced rate for his time and he frequently discounted his bills to save us money. He drove up from Portland to speak at our Annual Meeting in August for no charge. Those of you who attended that meeting will remember his clear and concise explanation of the bankruptcy proceeding we were engaged in, and what to expect for an outcome. We needed a big win, and Randy delivered it. I consider him a friend, and it has been a pleasure and a privilege to work with him.

If you didn’t get a fundraising letter in the mail this week, you can visit our Donate to the Association page. Thanks in advance to all our donors!