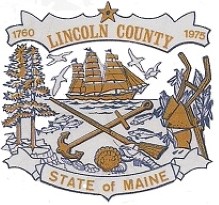 Last Tuesday September 5th CLA Board member Jane Chase and I and my wife Margaret attended the Lincoln County Commissioners meeting in Wiscasset to update them on the current status of the Clary Lake water level crisis. The meeting which lasted about 30 minutes came about as the result of a chance meeting between CLA President Malcolm Burson and County Administrator Carrie Kipfer at a Midcoast Conservancy function where they discussed the Clary Lake situation. Ms. Kipfer offered to put us on the agenda for the next County Commissioners meeting. Charlotte Boynton, staff reporter for the Lincoln County News attended the meeting and wrote up a short report of the meeting in this week’s Lincoln County News. The article didn’t make it into the online news site, so I’ve scanned a copy of it for our archive:

This is the first time we have met with the Lincoln County Commissioners though likely not the last; the purpose of this first meeting was to bring the Commissioners up to speed with where things stand with Clary Lake and answer any questions they had. They had a lot, and we covered a lot of ground in 30 minutes. While the Commissioners were generally aware of our water level crisis, they were not particularly familiar with many details surrounding the controversy. I found them genuinely interested and concerned, and fully expect they will be keeping a much closer eye on the situation going forward. We did not ask them to take any action at this time.

One minor correction to the article: the caption for the photograph lists the people left to right, and it should be right to left 🙂