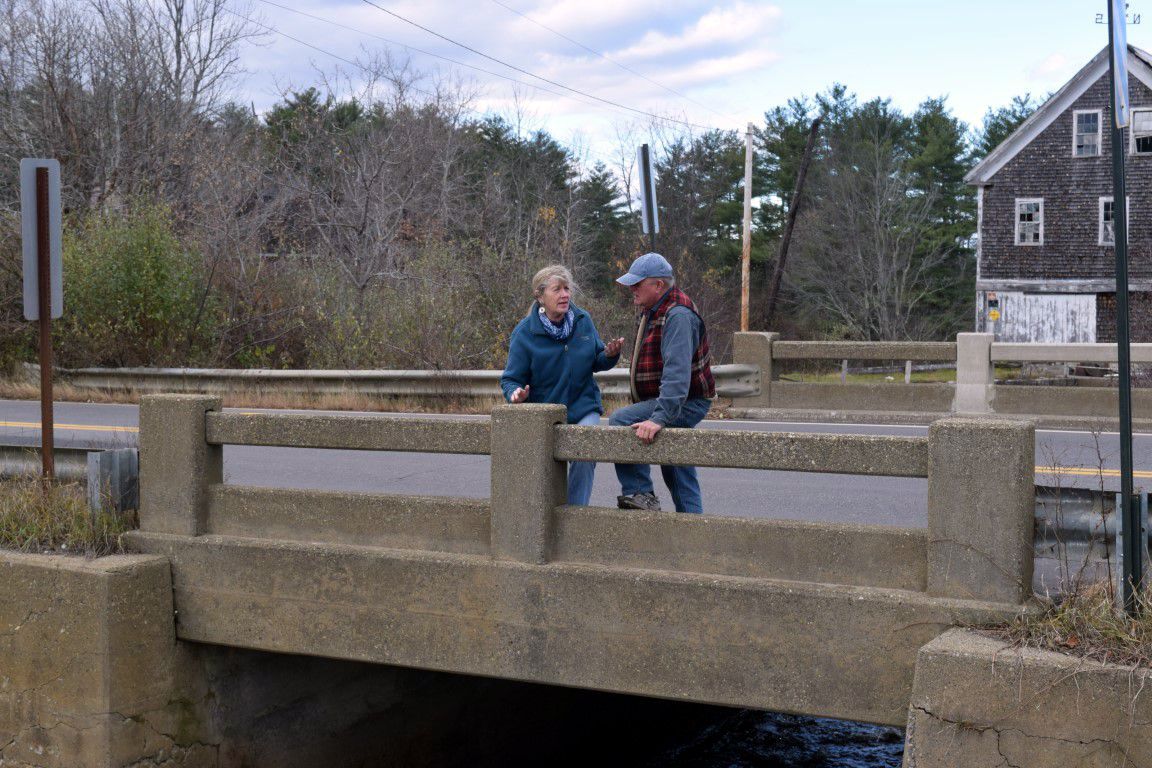 Today was day 2 of repairs on the Clary Lake dam and I’ve taken more pictures (see the Fall 2018 Gallery) to show the work in progress. They’ve started demolishing the old concrete plug in preparation for pouring new concrete and installing a weir in the top. The two piers and the concrete on top is newer and still pretty hard, it looked like a lot of work busting it up with those little pneumatic hammers. I remarked that my dentist has bigger drills than those they’re using, but they like them because they’re easier to use and don’t throw debris all over the place.  They’re sure doing the job- especially lower down in the rotten concrete. The demolition of the concrete plug should be finished tomorrow or early Friday. 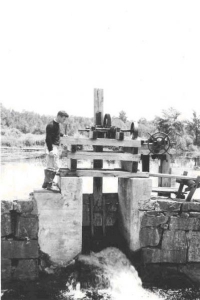 Here’s a picture from 1950 showing what those two concrete piers were used for: they held a mechanism for opening and closing a sluice gate. This gate was built to replace an even larger original gate that was roughly 65″ tall and 84″ wide. About 1960 Chester Chase removed this sluice gate, filled it with concrete, and installed the current gate mechanism for the existing 34″ diameter pipe which you can just see to the bottom right. That pipe was originally installed by Henry Clary when the dam was built in 1903 and connected to a penstock that ran all the way down to the wheel house located below and behind the mill. You can see the outlines of the original 65″ by 84″ weir in the photographs and the vertical seam where they partially filled in the left side to create the weir shown in this picture. There’s a lot of history here.