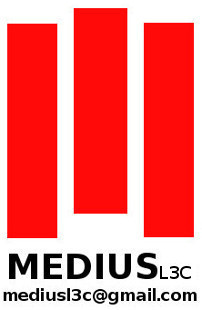 From the For What It’s Worth department: Medius L3C, the low-profit, limited liability company named after your middle finger which currently owns the mortgage on the Clary Lake dam is in administrative dissolution for failure to file it’s 2017 Annual Report. All Maine corporations are required to file annual reports by June 1st every year, in order to maintain their good standing. According to documents available on the Maine Secretary of State’s website, the company was notified of its failure to file its annual report by letter dated June 23rd. The corporation was administratively dissolved on August 28th as per letter from the Secretary of State. A company that has been administratively dissolved continues its corporate existence but may not transact any business in this State except as necessary to wind up and liquidate its business and affairs. Corporations that have been administratively dissolved can reinstate their companies by late-filing the annual report along with the $85 filing fee and a $150 reinstatement fee. Corporations can exist in this administrative limbo for up to 6 years.

The company, which was formed in March of 2015 by parties unknown apparently for the sole purpose of owning the Clary Lake dam mortgage, has had a rocky go of it from the start. It acquired the mortgage by assignment from Art Enos by deed dated July 24, 2015 which deed was not recorded until 2 days before Christmas, December 23, 2015. This is also not the first time Medius L3C has failed to file its annual report on time (see 07 July 2016: Medius L3C Late-Files Their Annual Report) and they’ve changed Registered Agents like most people change their socks. And then who can forget the dog and pony show when Medius L3C tried, and failed, to conduct a power of sale foreclosure on the dam property back in January 2016?

If this seems like deja vu all over again, it’s because it is: Pleasant Pond Mill LLC [PPM] was administratively dissolved August 18, 2014 for failure to file its 2014 annual report. However, in PPM’s case, its manager, Paul Kelley, took the added step of canceling PPM’s charter on March 26, 2015 providing an opportunity for a) DEP to throw out his Petition for Release from Dam Ownership or Water Level Maintenance and b) Superior Court to throw Paul Kelley and his defunct company out of the Rule 80c Appeal on the Clary Lake Water Level Order that he initiated, leaving Aquafortis Associates to prosecute it alone. Mr. Kelley subsequently attempted to un-cancel his company but it is the opinion of  lawyers with the Attorney General’s Office that PPM in fact has ceased to exist.