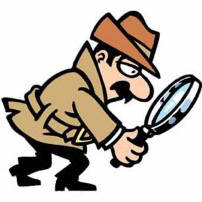 I spoke to a Lieutenant with the Lincoln County Sheriff’s Department today to see if I could find out more about the Lincoln County Deputy’s visit to the Clary Lake dam that I wrote about last Saturday. All the Lieutenant would tell me was there had been a complaint made of “criminal trespass” by Mr. Kelley and that he couldn’t say more at this time due to the ongoing investigation. I thanked him and hung up.

I have collected a little additional information about what was going on that Saturday morning by the dam, from talk around town. Apparently very early Saturday morning while it was still dark, some duck hunters parked two trucks in the field next to the fence near the dam, on property Jane Chase is caretaker of. Presumably they then launched their canoes and headed upstream to hunt. I know there were hunters up in the meadow that morning because I heard gunshots from that direction about 6:30 AM while I was having my first cup of coffee. Several people reported seeing those 2 trucks parked there later in the morning. They were long gone by the time I drove by around 1PM and saw Mr. Kelley talking to the police officer.

Did Mr. Kelley really call the police because some duck hunters parked their trucks on the neighbor’s property and headed upstream to hunt, or was something else going on? We may never know. I doubt we’ll hear much more about what happened Saturday unless there’s something in this week’s Lincoln County News. So move along folks, nothing to see here.