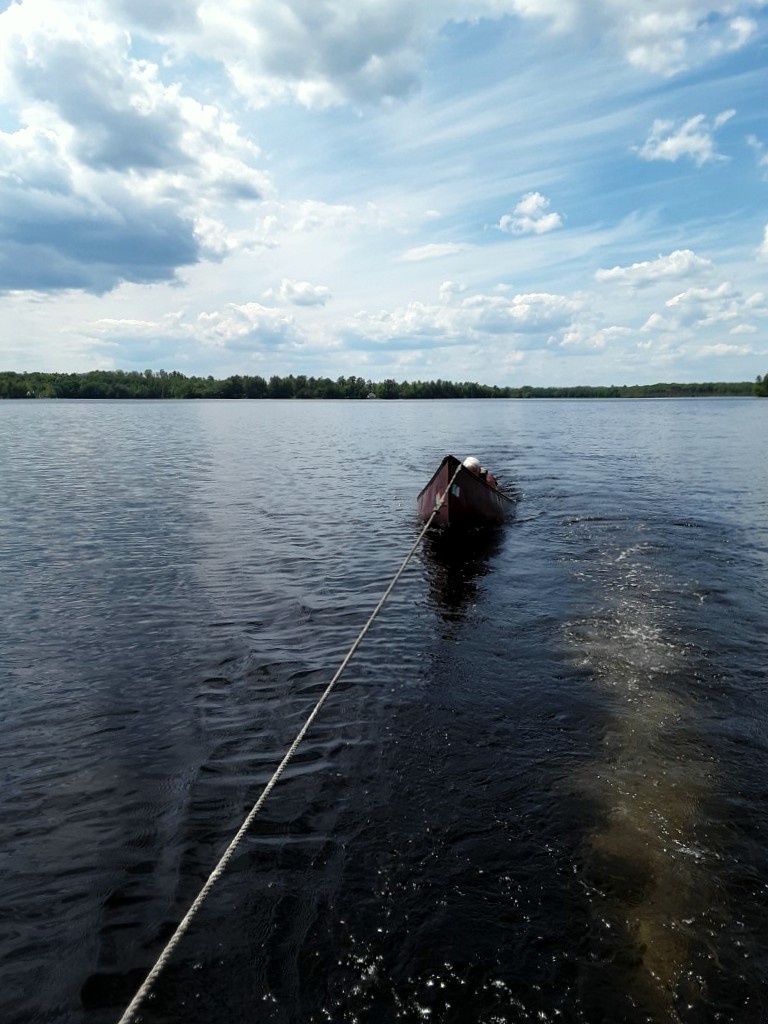 My wife Margaret and I had just settled down on our dock the other day to take in the afternoon and have coffee when I got a call from our President, Dave Knight. He had been on his way home when a man had flagged him down, saying that he and a friend had been out fishing on Clary when their canoe capsized. He had swum to shore and then hiked a quarter of a mile out to the main road to look for help. He told Dave his friend couldn’t swim and he had left him over an hour ago, without a life preserver, clinging to the upended craft.

Dave hurriedly relayed the above information to me and Margaret and I immediately got in my boat and headed out on the lake, not quite sure what we were going to find. Thankfully, we found him and the canoe without trouble. During the hour or so since capsizing he and the canoe had drifted out to the middle of the lake. When we got there he looked cold, tired, and scared. The boat was an old, heavy, narrow square ended fiberglass canoe without a motor on it, and it had no floatation in it at all. It was in fact barely floating, thanks to two wood boards attached across the thwarts that served as seats and a little air trapped underneath it. My Starcraft boat has high sides and he was a big man and there was simply no way I was going to get him into my boat even with Margaret’s help, so I did the next best thing, I got a life preserver on him so he could float, and then I took him and his canoe in tow (picture at left). We headed over to Hodsdon Lane where there’s a dock and a launch ramp. There we met up with David and the other fellow. After dropping them off Margaret and I headed out and were able to retrieve a cooler, a couple of tackle boxes, 2 paddles, and various sundries they had had with them and dropped them off at the dock for them.

All’s well that ends well I guess, but this story could have had a very different ending. And there is a good lesson in it: when you’re out on a lake, if you can’t swim, wear a damned life preserver.