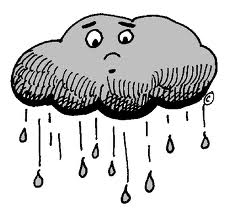 We’ve all been anxiously waiting the June 1st deadline when lawyers for Paul Kelley (Pleasant Pond Mill LLC) and Richard Smith (Aquafortis Associates LLC) were supposed to submit a plan to DEP for repairing the Clary Lake dam and raising the water level of Clary Lake. Earlier this spring PretiFlaherty asked for and received several Stays of the proceedings in Superior Court, first on February 29th for a stay until March 26th and most recently on April 14th for a stay until June 1st. These stays were ostensibly to give them and their clients time to work on their proposal without having the lawsuit hanging over their heads. The State agreed to both Stay requests, and their response to the latest clearly revealed DEP’s deep-seated frustration over lack of progress and their belief that June 1st was the latest they could afford to wait to receive a proposal and still have time to get the dam repaired and the lake level restored this summer. We were led to believe there would be no more stays. We have been told that Mr. Kelley has been trying to raise funds to repair the dam. We have been told repeatedly that the DEP Commissioner is deeply committed to getting the lake level restored and the Water Level Order upheld this summer. In recent months, DEP has publicly maintained an assertive stance that gave us reason to feel cautiously optimistic that finally, after years of maneuvering, come June 1st we were going to see some real progress.

It was not to be. At least not yet apparently. June 1st has come and gone and no formal plan to repair the dam has been submitted to DEP. It remains to be seen what DEP will decide to do next. We will know more after the upcoming Status Conference in Superior Court which is scheduled for this coming Tuesday June 7th, at 3:30 PM.