Posted on 2 January 2016 by George Fergusson 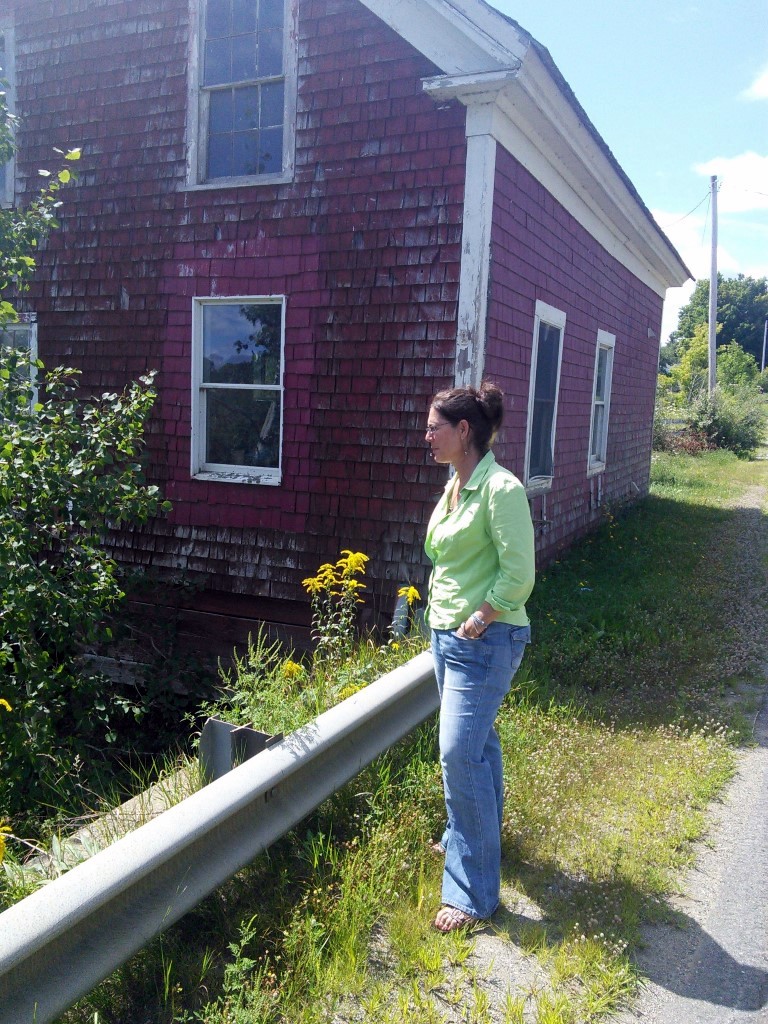 [dropcap]With[/dropcap] 2015 behind us, now is a good time to look back and reflect on the year past, what has happened, and what we have, and have not managed to get done. It was a landmark year in a lot of ways, one that saw a level of activity and engagement on the part of the Clary Lake Association and Board that resulted in some significant accomplishments. That said, our primary goal of reaching an equitable settlement with Mr. Kelley and Mr. Smith and resolving the Clary Lake water level crisis has so far eluded us, but certainly not for lack of trying. The Board met 15 times over the course of the past year and spent a considerable amount of time and money pursuing a settlement, so far to no avail. We’re still trying, and while there remains the slightest chance of an equitable settlement, will continue to try, because settling represents the fastest way of resolving the current crisis and restoring Clary Lake and it’s water level to its former status.

While remaining engaged in settlement efforts this past year, we have also been doing everything we could to support the State and the DEP in their legal defense of the Water Level Order (WLO) which has been under concerted attack by the dam and mill owners since it was issued in late January 2014. While I’m confident that the State will ultimately prevail in their battle, the process will take a long time and it will not be pretty. Going forward, simply sitting back and watching the show may not be possible: even with the State doing the heavy legal lifting, the situation may arise in the future where the Association is called upon to play a more active role in the proceedings either by intervening in the anticipated appeal of enforcement action, or in some other manner. Such involvement will not be without costs. The cost of litigation avoided must therefore be considered in any negotiation.

For these and other reasons, we have remained committed to pursuing a settlement and will continue to do so until such time we decide that a settlement is either no longer likely or possible. I also believe we’re rapidly approaching the point where that decision must be made. I wish I could supply you with details of our settlement efforts but to do so would not be conducive to our continuing negotiations. We are also restricted on what we can disclose by a non-disclosure agreement we signed prior to the start of our most recent round of negotiations.

Continuing our review of notable highlights of 2015, there are a lot to choose from! Certainly the most exciting event of the year occurred this past fall with DEP’s October 13th issuance of a Notice of Violation (NOV) against Paul Kelley and Aquafortis for violation of the terms of Clary Lake Water Level Order (WLO), which NOV was followed a few weeks later by the State’s strongly-worded and assertive DENIAL of PretiFlaherty’s 1o-page request for a stay of enforcement action. Mr. Kelley is obviously taking this NOV seriously, as he should: within less than a week after the issuance of the NOV he took steps to start raising the lake level by closing the gate of the dam almost all the way. As of December 25th the lake level has been about where it should be for this time of year for the first time since the WLO was issued. Too bad he hasn’t fixed the hole in the dam. Or asked the CLA to fix it.

Another highlight of 2015 was the strongly-worded letter jointly written by Representative Deb Sanderson and Senator Christopher Johnson and sent to DEP and other parties back in early September. The letter may have influenced when the State decided to issue the NOV though clearly, taking enforcement action was a decision the State had been considering, and preparing for, for some time. Perhaps the letter just gave DEP the little shove they needed to pull the trigger. Perhaps they would have done it anyways. Regardless, the fact that Deb Sanderson (R) and Chris Johnson (D) who are pretty much at opposite ends of the political spectrum could put aside their differences and come together on this matter and jointly write and sign this letter was a statement in and of itself and a testament to their care and consideration of their constituents. The letter no doubt resulted in many raised eyebrows in Augusta. The Clary Lake Association Board is pleased to have played a major role in bringing about the town hall meeting convened by Representative Sanderson and Senator Johnson where they solicited comments from Clary Lake shore owners and Town of Whitefield representatives, which lead to that important letter.

The appeal of the WLO, filed in Lincoln County Superior Court in February 2014 by Pleasant Pond Mill LLC and Aquafortis Associates LLC had been immediately put on hold so the parties could engage in mediation. Mediation had been requested by Mr. Kelley. The CLA, while not directly involved in mediation per se did take advantage of it to enter into negotiations with Mr. Kelley and Mr. Smith and over the course of last winter worked to prepare a comprehensive property settlement offer, at considerable expense in both time and money. It was a great offer! Unfortunately, when the time came to present it to the parties in mediation it was all for naught as Paul Kelley, Richard Smith, Arthur Enos, and Butch Duncan refused to hear it. And that, as they say, was that.

Shortly thereafter in late March Mr. Kelley cancelled his company Pleasant Pond Mill LLC with the Secretary of State and removed himself from the mediation proceedings that he himself had requested in the first place. This quickly brought mediation to an abrupt, if timely end after a year and a few months with nothing to show for it. DEP was quick to take advantage of the situation and returned Mr. Kelley’s petition for release from dam ownership on the basis that PPM was no longer a “company in good standing” which is a requirement of any company with an application before DEP. Realizing his mistake, Mr. Kelley tried (and failed, as far as the Attorney General is concerned) to resurrect his defunct company. He also tried to appeal the DEP decision to return his petition for release to the Board of Environmental Protection, which appeal was rejected.

Not only did Mr. Kelley’s cancellation of his company give cause to DEP to dismiss his petition for release from dam ownership but lawyers with the Attorney General’s Office have asked the Court to dismiss PPM from the WLO appeal. More recently Mr. Kelley’s application for an NRPA permit to make modifications to the Clary Lake dam was rejected by the Army Corps of Engineers at a pre-application meeting in late November because the applicant (PPM) no longer exists. Mr. Kelley disputes the State’s contention that his company no longer exists.

With mediation over, the court case was able to resume and a status conference was held in early June. This was followed by a flurry of motions and responses over the summer by both parties resulting in 2 motions awaiting the Judge’s ruling: a motion by the State to dismiss parts of the appeal and a motion by PretiFlaherty attorneys to amend their original petition. The last filing was made three and a half months ago; one might reasonably ask what is the Court waiting for? I honestly have no idea, I expected the Judge to rule on the motions long before now. Perhaps the Court is waiting to see if this slow motion train wreck will be settled.

Finally, in mid-December the Board decided it was time for another fund raising initiative and to that end a letter requesting donations to allow us to maintain our legal presence on the scene was sent to the Clary Lake Association membership. However, we will happily accept donations from anyone so if you’re a Clary Lake shore owner who is not a member of the CLA, or simply a friend of Clary Lake that wishes to support our efforts to protect and preserve Clary Lake, please consider donating. See our Donations Page for ways to go about this.

I’ll finish up with a quick summary of 2015 website activity. The website has continued to grow and evolve. Most recently we’ve implemented caching which has sped up page delivery considerably. There are a total of 461 posts on the site going back to the launch of the current site in early January 2013. There are a total of 113 pages and 363 comments. Over the course of the year I wrote 105 posts or on average, about 2 per week. There were 82,652 separate visits to the site resulting in 712,088 pages being viewed, resulting in the transfer of 33.51 gigabytes of data. Not bad, and that doesn’t include pictures which don’t show up in page/post statistics! Mondays are typically the busiest day the week with Saturday and Sunday about tied for the least busiest days. No surprise there either I guess. It’s not surprise that the News page gets the most traffic, and the Clary Lake Water Level Charts and the Clary WebCams pages are very popular too. Not surprisingly, the most popular post of 2015 with 200 individual views was DEP takes enforcement action, issues a Notice of Violation followed by Representative Sanderson, Senator Johnson send letter to DEP with 122 views.

Well that about wraps up my year-end review. There’s more that I could write about but I’ve been working on this post off and on for a couple of days now and it’s time to post it and move on. I’m sure everyone will agree that it was a landmark year in many ways and that we are closer now to a resolution of the Clary Lake water level crisis than we have been at any time in the last 4 years. At the rate things are happening, it’s interesting to consider what the next year will bring. One way or the other, we will prevail- of that I am certain.

Happy New Year everyone from the Clary Lake Association!

This entry was posted in Editorial, News. Bookmark the permalink.