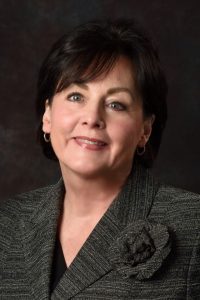 Many of you know Arlene Wing. Arlene is a Registered Nurse and went through CDC sponsored pandemic training about 15 years ago. She has continued to study microbiology and epidemiology and not surprisingly, she has a much better grasp than most people of what happens when epidemics and pandemics arise. Back at the beginning of March of this year she started a Facebook page called “About Covid 19.” Her intention has been to post helpful information about Covid 19 without the politics, spin, and hyperbole that accompanies so much 0f what’s out there, and to offer her unique perspective into this pandemic in the belief that being informed and prepared reduces fear and improves outcomes. I’ve been following her page since she started it, and have found her posts to be both helpful and informative.

Yesterday Arlene posted this compelling missive to her page announcing that she herself has been diagnosed with Covid 19. I was at first stunned by her announcement, then grateful that it appears she’s going to make a full recovery and that she was willing to share her experience, strength, and hope during this scary time in the first place. Her purpose in sharing was simply to help others who may be struggling with this pandemic, to create hope, and to dispel fear. I’m posting her story here, with her permission, for the same reasons. My heart goes out to her and Randy.

There’s some bad news and there’s some good news. The bad news is that I’ve been diagnosed with Covid 19. The good news is that I’m almost over it and that I did not have severe illness. I’ve been sick for a while now, but it took almost two weeks for the test result to come back due to the lab being unable to process the tests, which created a back log for testing. When my symptoms started, I kept a diary, just in case my test came back positive.

So here’s the story: On day one, I woke up about 2 am and was lightly coughing. It felt like that feeling when some food or liquid has gone down the wrong way, and you’ve coughed most of it up but there’s still a little left to get up. I just couldn’t seem to clear the annoying little tickle that felt like it was in my trachea. When I got up in the morning the cough was still there. A persistent little dry cough. No runny nose and no sore throat. Temperature 99.2 in the morning. Later in the afternoon the fever went up to about 100-101 degrees and there was a slight headache. Lungs were burning slightly, and it felt like there was a band around my chest applying pressure.

Day two, I woke with fever of 99-100 degrees, and the cough was more frequent. I called the Doctor’s office to describe symptoms and was told they would meet me in the parking lot to do the nasal swab test. Since I am old enough to be in the high risk category, I qualified to be tested then. I wouldn’t qualify now as they are only testing people working as direct healthcare providers, residents of elderly housing facilities or nursing homes, and people who are hospitalized. Fever stayed 99-100 through out that day and was slightly lower in the evening as compared to morning.

Day three, woke up with fever gone but by mid morning temperature went up to 101.4 and had worsening shortness of breath. The doctor had previously instructed me to go to the ER immediately if I had significant shortness of breath, so I got my meds in a bag in case I had to go. Lungs were burning more and the sense of smell and taste was lost. This was before I had read anything about loss of sense of smell being related to Covid 19. I looked it up and sure enough, there were some articles about it, even saying that they had started using it as a diagnostic criteria. Onto the blog it went.

Day four woke with temp of 100 and went down to 97.8 by late morning. The coughing continued. A new symptom of body aches emerged which kept me awake that night. It is vey hard to describe this feeling as it is nothing like the aches you get with a fever and the flu. The best way I can describe it is to think about how a Charlie-horse/leg cramp feels. As the muscle is tightening there is a deep aching feeling right before the muscle goes into deep spasm. Imagine the muscle staying at that deep ache place, but it ’s not just the muscle, it feels like its in the blood vessels and the bones too. It’s a very deep aching pressure. The good news is that Tylenol relieved it completely and allowed me to sleep at night.

The next several days continued on with cough, lungs burning fatigue, and occasional body aches. Then, on day 14, it seemed that I was feeling better. Temperature had been down to 98.4-98.7 all day and the cough was less. At around dinner time it felt like the fever might be up a little so I checked it and it was 99.2. Then I went upstairs to get ready for bed and while in brushing my teeth, began to get short of breath. I can remember thinking that the next big gulp of air will be sure to do the trick. After about an hour it was obvious that it wasn’t going to let up and I headed to the emergency room. We had to call ahead to let them know I was coming, and a fully suited up nurse met me under the awning with a wheelchair. I couldn’t really talk at that point and was working very hard to breathe though my mouth. They put a mask on me and wheeled me in. They started oxygen and gave me a nebulizer treatment of Albuterol and morphine for the cough. After an hour or so my breathing eased. They did a chest x-ray and started some IV fluids. After being there for a few hours I was released back home as my oxygen levels were staying stable.

The next day I was much improved and now another day later, I can tell that the tide is turning for the better. As of this writing, I can tell that I am on my way to wellness. I can think clearly today and my temperature has been normal all day so far. Coughing has been rare, with just a tiny cough now and then. I’m beginning to think about projects that need doing, which seemed so far off in the distant fog when I was sick.

It’s been a very strange experience overall as this illness has not acted like any other that I’ve ever had. For example, most of the time, when you have a fever, it is lower when you wake up and gets higher as the day wears on. With this, the fever might be highest in the morning and then go down in the afternoon, only to get higher before bed and then go to normal at bed time. (The fever was present for most of the day for about 14 days and although it never went higher than 101.4, it usually stayed around 99.) Nasal passages stayed open. No sore throat.

Here’s another strange thing, the cough never kept me awake at night. I would cough a lot when I woke up in the morning, but not much at night. Very weird, right? There was constant brain fog and fatigue, which I guess you’d expect, but it was different in that it was like a slow burn. Never really bad enough to totally wipe you out, but bad enough that you can’t do anything but lie around.

I pray that my story brings hope in knowing that there is healing that happens with this disease. Every day, more and more people are healing, getting discharged from hospitals or recovering at home. As that army of healed people grows, more and more people are becoming immune, and less and less people are available for the virus to use as vehicles to move around. We are the legs for the virus. It has none of its own. When we stay home, we paralyze it because it can’t move without us. We can do this.

(Just for the record, I haven’t been out of the house since March 14th, except for one hike in the woods with my husband, the trip to the doctor’s office parking lot and the trip to the ER.)

We wish Arlene a speedy recovery!